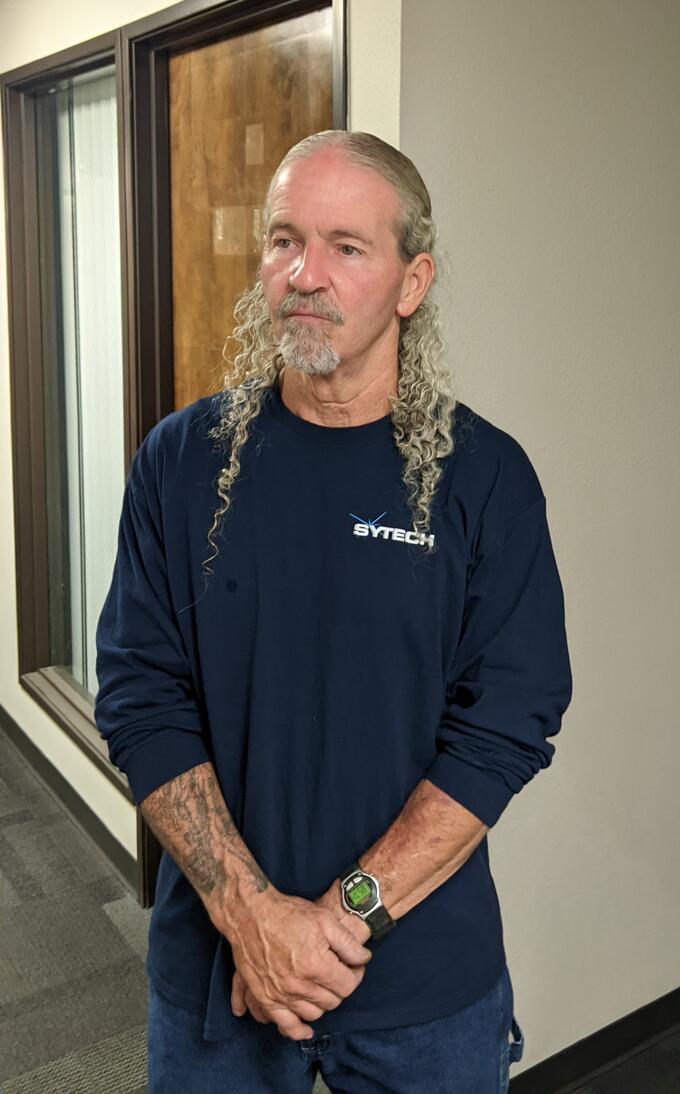 We are very proud of our Roadmap to Success (Roadmap) job-readiness training staff that have worked so successfully with students in the program. Recently, our Spokane program shared a story on John (pictured), a recent graduate of Roadmap. John was referred to Roadmap by a state work release he was in after his release from a long-term prison sentence.

When John started in the Roadmap class, he immediately engaged with his vocational case manager, Ryan Scrivner.  After being incarcerated for 21 years, John came into the program feeling quite overwhelmed.

While incarcerated, John completed an Associate in Applied Science degree from Walla Walla Community College with an emphasis in welding, but he lacked the confidence required to apply the skills he learned after having been out of the workforce for so long. John stated, “The Roadmap program gave me the confidence I needed to move forward. I was pretty overwhelmed and really didn’t even know where to start. The Roadmap program helped me with clothes and boots - but more than that, just a level of confidence I didn’t have before. They made feel like I wasn’t in this alone.”

While in the program, staff assisted John in his job search and helped him to acquire the resources he needed to get back into the workforce to include clothes, work boots and identification. Shortly after graduating from Roadmap, John applied and was hired on in a position as a laser cutter operator at Sytech Incorporated. After just 30 days, John was promoted into a position where he could use the welding skills he had learned in the trade school he graduated from while in prison.

John recently stated to his case manager Ryan, “I’m welding now, doing what I went to school for and am learning new stuff every day, cutting and welding parts that are going into space. It’s pretty cool!”

John’s case manager, Ryan reported, “John is now saving for a truck he’s got his eye on and in September, he moved into a new apartment.  We are so excited to see John flourishing back in the community after being incarcerated for so many years. John’s success is proof of the important role that employment plays in an individual’s successful reentry.”