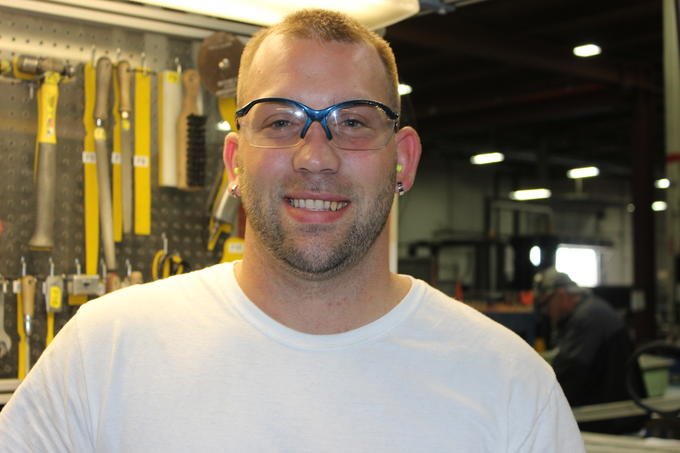 Tommy grew up in a big family with three brothers and two sisters in Grays Harbor on Washington State’s coast. He was involved in school and sports as a young teen. However, when things started to get difficult at home, Tommy started spending more time outside of the house, hanging out with a different crowd.

At first, he was just hanging out with kids and smoking marijuana, but then meth was introduced to him and his addiction began. Tommy stopped participating in school sports and going to class, and in his freshman year he started robbing houses with other boys to pay for his new habit. He was kicked out of high school for his many truancies and arrests.

In his sophomore year he transferred to a new high school but things really went downhill when he started selling drugs. By the time he was a junior he had served time in juvenile detention, and when he was released he went to live with his grandmother. He attempted to attend school and work, but the violations and arrests built up again as his addiction reared its ugly head.

Eventually, Tommy’s felonies for possession of drugs and stolen property lead led him to prison. He ended up serving a 20-month sentence in prison and several years on probation. After his release, he fell back into drug use – but this time he was selling heroin and meth. At a family event his former partner brought his child to see him and that’s when Tommy realized he needed to get clean.

“When I looked into my son’s eyes I knew that I had to quit. I was sinking fast and I needed help. I self-reported my drug use to my probation officer and was put into residential treatment.”

When Tommy finished the treatment program he moved in with family in Everett for support and attended NA meetings. His probation officer told him about Pioneer and he enrolled in the Roadmap to Success job training program to get prepared for work. He learned about Pioneer’s aerospace manufacturing division and was hired at Pioneer Industries six days after he graduated from Roadmap to Success.

Tommy has been working hard over the last few years at Pioneer Industries learning all the manufacturing machines. He was accepted into the two-year AJAC sheet metal fabrication apprenticeship program and excelled in the program, graduating in June 2018. He is now the metal/vinyl group lead for aerospace parts at Pioneer Industries - Plant 2.

“People need to realize that when someone gets out of prison they have debts and responsibilities stacked on them immediately. Getting hired in a job where you can grow your position is really important. I want to be a good father and provider and this AJAC apprenticeship training that Pioneer offered brought some light to the end of the tunnel. Housing is another issue and scoring an affordable apartment in one of Pioneer’s housing programs was also a big relief.”

In 2020, Tommy and his partner, Karol, had saved enough money for a down payment to purchase and move into their first home - congratulations!