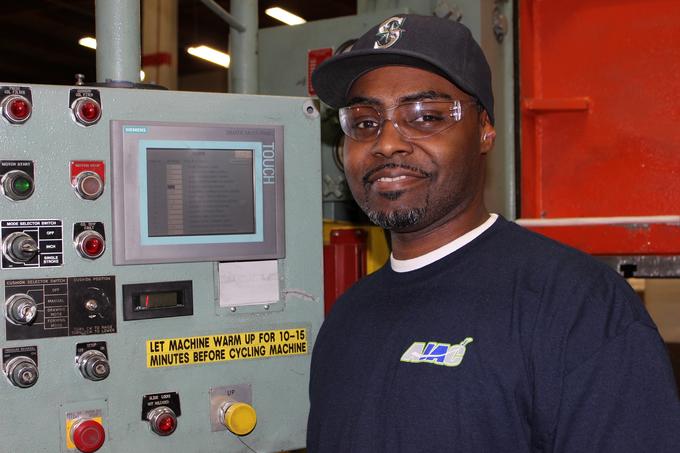 “I knew if I was serious about making a positive change in my life, I needed to get out of my comfort zone. When I started feeling uneasy about my new choices I had to face the facts that my past ways and many of the people I hung out with needed to be left behind.”

Marquis came from a good family, but at an early age he started associating with a fast crowd. He got sucked up into the street life of gangs, drug dealing, and making money. “None of my brothers or sisters got into trouble like I did; I was the black sheep of the family.  But after years of this lifestyle I was feeling pretty hollow inside. The problem was the money was more addicting than any drug.”

When Marquis was incarcerated the truth hit him – he needed to seek a different path and learn a different trade. He was now missing important years in his daughters’ lives and being shipped around the US to different federal prisons, so his only contact with family was via letters. In prison, his first step towards changing his direction in life was to enroll in an extensive HVAC training program. However, after his release he found that having a felony barred him from getting hired. The job rejections were piling up.

Marquis’s probation officer suggested he go over to Pioneer and see what they had to offer. Case managers at Pioneer enrolled him in the Roadmap to Success job readiness training program to better prepare him for job searching and interviewing and then he was accepted into the Manufacturing Academy. Unfortunately, after he graduated there were no openings at Pioneer Industries (PI) so he started hunting for work again.

He was able to live with family in Tacoma but the lack of work was starting to steer him in the wrong direction. Marquis' probation officer suggested he go to counseling and he became engaged in treatment at Pioneer’s Counseling program in Tacoma. He was encouraged to keep in contact with Pioneer's instructors and case managers and one day he called up to say he was still having a hard time finding work. His luck changed that day as there was an opening on the PI manufacturing floor. Marquis interviewed for the position and was hired.

He started working full-time at PI immediately and stayed engaged in his counseling program. As he progressed through the next few years he was accepted into the two-year sheet metal fabrication apprenticeship program through AJAC. Pioneer sponsors the apprenticeship for selected employees.

Today Marquis works full-time and graduated from the AJAC sheet metal fabrication apprenticeship in June 2018.  “In the apprenticeship I learned a new trade and was able to use the skills on the job. It has been an adjustment getting used to a paycheck, but I remind myself this is the direction I need to go. Maybe I can’t buy my daughters fancy stuff anymore, but I can look them in the eye and be a good role model – that’s priceless to me.”