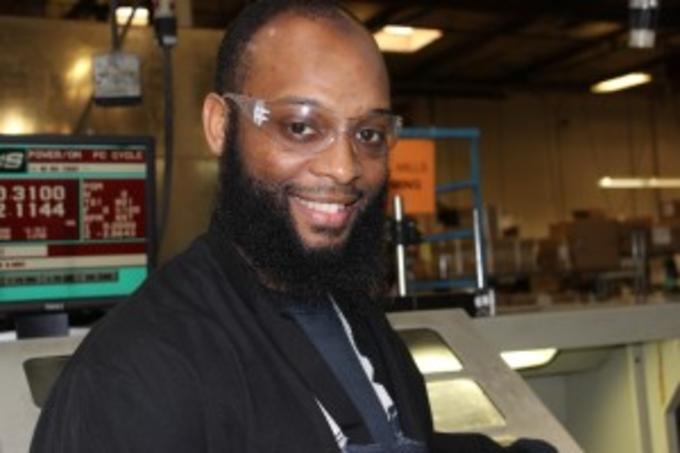 Hanif had been in and out of the criminal justice system since he was in his teens. He realized his past life of crime and convictions was going to be a major barrier to pursuing a career.

“There are no short cuts in life and my past choices to work on the outside of the law proved to be a longer route to getting where I am today. Now I am really concentrating on studying and learning my profession. My current focus is on my family, faith and self-dignity.”

After working various jobs for temporary agencies he eventually got hired full time as a delivery driver for a wholesale candy distributor. But when he hurt his back he was out of work again. Needing money and not finding work, he slipped back into illegal behavior and was arrested and sent to prison. Once in prison he kept to himself and started studying religion in his cell and reflecting on where his life was going after his release. He made the decision that he was going to start over with a clean slate, despite his record, and see where it would take him.

He was referred to Pioneer’s job training program by his corrections officer when he was released. After being accepted in the program, he learned skills like being able to read blue prints, bond and tape parts, and partmark. Soon he was training and working on every water jet machine capable of cutting cargo liner material and metal. Hanif grabbed the chance to be in the apprenticeship program when there finally was an opening.

“I am close to getting my two-year machinist operator certificate and working towards my four-year journeyman title. I knew I was created for a better purpose in life and this is my chance.”