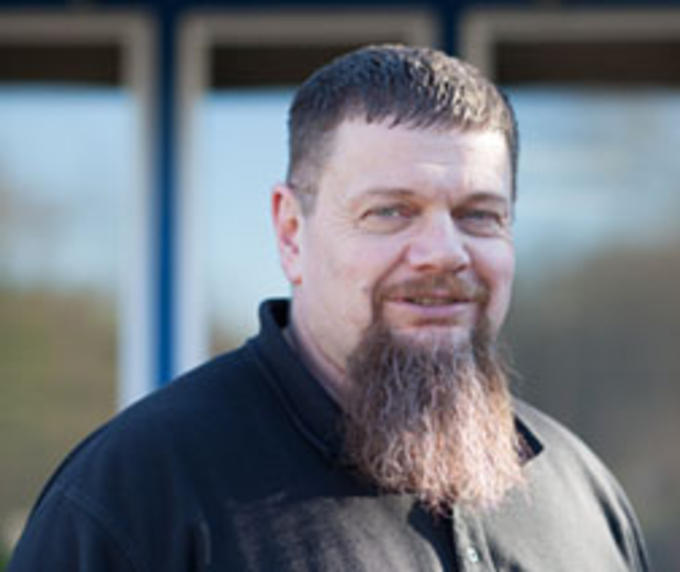 “Gratitude is what I feel for Pioneer. They gave me a chance to change – until I got it right.”

Michael had a good life going in Boston. He’d earned a degree in economics, had a thriving landscaping business, and had a beautiful wife and daughter. Unfortunately, he also had a growing drug problem.

In denial about his addiction, the young family headed west for a fresh start. Michael started up his landscaping business again but soon the drugs came back to haunt him and his wife couldn’t take it any longer. She asked him to move out. He spiraled into a cycle of drug abuse, homelessness, detox, relapse and criminal activity to support his addiction.

“Pioneer offered me a place to get started after years on the street. I finally had my own place again where I could shut my door and feel safe,” Michael said. He was off drugs and working odd jobs but he would relapse four different times. Each time he was asked to exit Pioneer’s transitional housing program but told he could come back when he was clean again. On the fifth try he stayed clean.

“Pioneer never gave up on me – they understand the issues with addiction. After years on the street, it can be hard to get it right the first time – I needed more chances,” Michael added.

Today, Michael works as a program supervisor for Pioneer Human Services’ transitional housing program in Tacoma and permanent housing program in Seattle. He is helping people work through addiction and trauma and get back on their feet. He has also re-built his relationship with his teenage daughter and ex-wife.

Michael noted, “I disappointed my daughter so many times in the past. Over the last three years that I have been clean, it has been so amazing to be a father again. I feel really proud to be back in my daughter’s life.”