All Kids are Capable of Success - No Exceptions 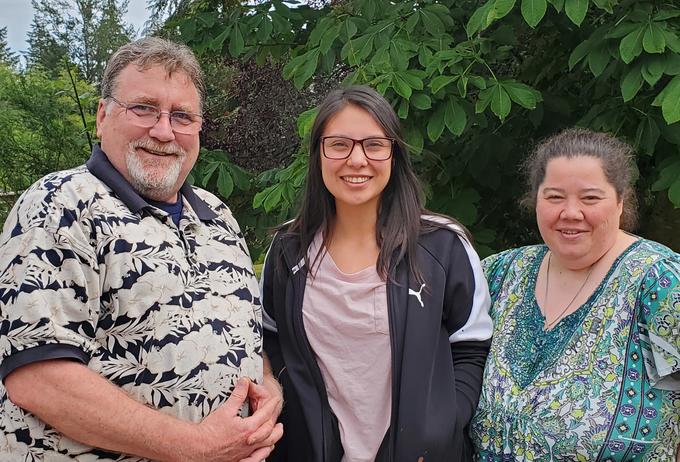 Pioneer provides an array of specialized residential programs to serve youth, young adults and families in crisis. Our goal is to preserve families, if it is safe for the youth, and provide the tools and skills needed to prevent youth from entering the judicial system or from returning to it. The Snohomish County Youth Programs (SCYP) are comprised of three residential homes that serve boys between the ages of 13 to 18 years-old who are struggling with severe emotional, behavioral and/or psychiatric problems.

Lucas was a resident of the SCYP for nearly three years. He came to SCYP with a history that included criminal activity, property destruction, assault, frequent running away and other severe behavioral issues. Over time, staff members at SCYP worked with Lucas and slowly developed positive relationships with him. He began to engage and fully participate in programming activities and started to respond to positive reinforcement - thus reducing his problematic behaviors.

Christopher Glans, mental health therapist, shared, “Through Trauma-Informed Care and participating in mental health treatment, Lucas worked through some of his emotions related to his prior trauma and he learned skills to manage his behaviors more successfully. Learning to manage his triggers and have more self-control were big steps for him.”

SCYP’s case manager, Jasmin Sandoval added, “Within the last year, Lucas has become a role model for other residents. Often, he would encourage other youth to participate in programming and therapy, telling the other residents how it was helpful to him.”

The positive changes in Lucas’s level of functioning, combined with the improvements in his emotional well-being and development of behavioral management skills, made him eligible for placement in a less restrictive environment. In April 2020, Lucas was living in SCYP’s Tamarack House and was considered for foster care. He had the good fortune of gaining a foster family home placement. While preparing for his transition, Lucas expressed enthusiasm about this opportunity, but shared his ambivalence about leaving Tamarack House and staff. He credited staff for helping him to change, by showing him unconditional care and kindness and said he had developed a great deal of respect and trust for several staff members in the program.

Lucas left Tamarack House to go to his new foster home placement and it was a bittersweet event for all. “Even though everyone was proud of him and happy for his transition, we were all sad to see him go,” said Elizabeth Chambers, program supervisor. She added, “Over the three years Lucas was with us at SCYP he often stated he didn’t have a future and could not see himself being a successful adult. With Lucas’ hard work and with the relationships he built with the staff Lucas began to see that he was able to make changes and that he could be successful. When Lucas was told he would be moving into a foster home he told me that now his life was about to start for real.”

Since leaving, Lucas has contacted Tamarack House staff several times with positive reports on his transition.  In Lucas' most recent call, he left a message for the management staff saying, “I love my new foster home – I live with a great family. Thanks for ‘kicking me out’ of Tamarack House - ha!”

Lucas is just further proof that the Kids at Hope philosophy of teaching that states, “All Kids are Capable of Success - No Exceptions” is true!