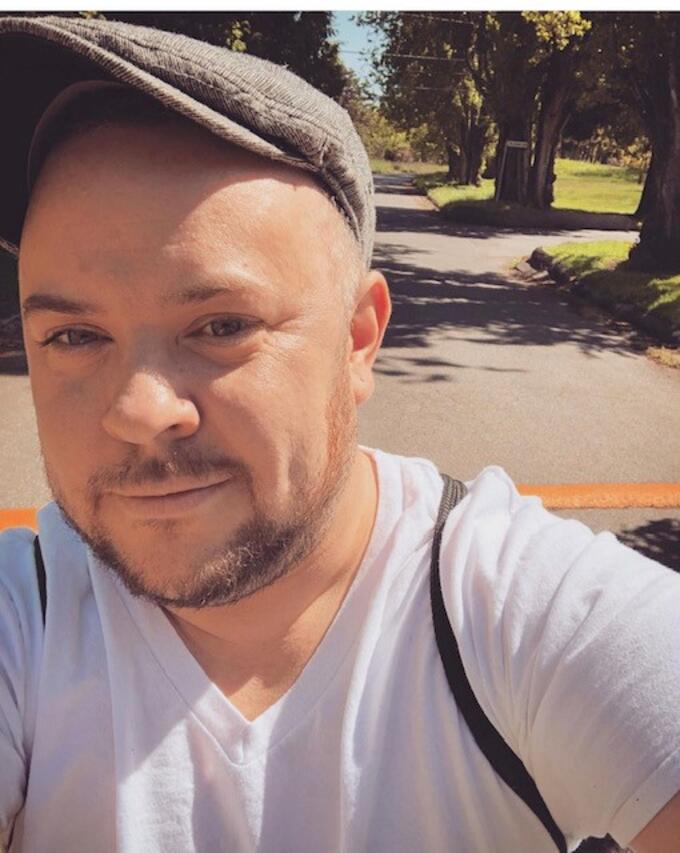 “I never would have imagined I would feel this stable. I had made these assumptions about what I could and could not do based on my past and my mental health. It was suggested I enroll in Pioneer’s Roadmap to Success job-readiness training program and that really helped increase my confidence with getting a job. Shortly after I graduated, I got a part-time job. I feel a strong sense of accomplishment, and this leaves me to believe that maybe my life means something! I just moved into my own apartment through Pioneer Housing, and the biggest miracle is I am actually happy. This is the longest time I have been clean and sober, and not had a mental health relapse! Thank you Pioneer family!”  Kevin
-------------------------------------------------
Kevin’s Journey
Kevin shared, “Two years ago, I was staying in an affordable housing program and it seemed perfect for me. Prior to that, I was living on the streets getting high and drunk every day while living in my car with my girlfriend. At this housing program, I was able to get clean and sober. However, I have had mental health problems since I was a teenager, and I continued to have severe mental health issues. Then my uncle died, and after that I struggled to cope with the grief of his death. I began to use drugs again. Drinking alcohol and taking other drugs always made my mental health worse for me. I was battling between what was real and what was not. I found myself yet again in another mental health episode where I was thrown into jail for two months.

When I got out of jail I had little support. I was living in a trailer, and I had to wear an ankle bracelet. I was depressed about my future, and I was still using substances for coping. That time of my life was really dark, and I felt like my criminal record and mental health problems would leave me with no future. I decided to try to kill myself, and so I went out into the middle of the road in hopes that the cars would run over me. I ended up going to the hospital to get help, but I was shortly released without accurate support. I found myself back in jail. That seemed to be where I ended up after substance abuse and mental health relapses (yes both are connected to each other). I was in jail for four months this time. After I was released, I was put into Regional Mental Health Court. Probation and the court social workers made sure that I went to inpatient treatment for two months."

Introduction to Pioneer Human Services
"After inpatient treatment, and still under the mental health court program, I was placed in the Stewart House on Capitol Hill that Pioneer Human Services operates. I struggled with my mental health the first month or so. However, I had a new support network to help me navigate through my hardships. I was worried that I would have another episode. I kept talking to my treatment provider and doctor about my medications. My doctor was like a coach and became someone to process how the medications affected me mentally. He ended up finding really good medications for me,” Kevin added.

Seth Anderson, Pioneer's case manager worked with Kevin and stated, “Kevin was in weekly case management meetings with me, and he got very engaged and ready to work on problems in his life to move him forward. In the beginning, he was having more severe mental health issues, and he needed more support on addressing conflict with other residents. He got on the right medications, and we worked on coping skills, and he learned how to address his mental health issues.” Seth added, “Kevin has moved into Pioneer’s permanent Aspen Terrace housing facility. He is still stable, and on his medications, and he is working a part-time job.”

Skills to Handle Stress
Kevin continued, “I still have mental health problems, but they are not as intense. I can recognize what is real and what is not. I have learned new coping mechanisms, and I have learned how to focus on the “real.” I have a new-found sense of control over being able to tune out what is not real. It helped being able to talk to others about my mental health problems, and that helped lessen the internalized stigma associated with hearing voices and seeing things. I began to slow my life down, and I started to do deeper work with myself. I talked about my problems with my Pioneer case manager, my treatment provider, my probation officer, and I even went to support groups to talk about my mental health problems. Going to recovery support groups helped me a lot too, and the stories I heard there changed my life.

Talking about my problems, and learning new coping skills helped me to feel more stable. I even made some new friends to talk to at the Stewart house. I realized I was not alone, and I cherished the support I was given. I made sure that I made the best of this opportunity.

Pioneer’s staff has been a solid anchor in my life and their concern and compassion have been instrumental in my recovery journey. I am very grateful!”