Learning Life Skills and Healthy Boundaries for a Prosperous Future 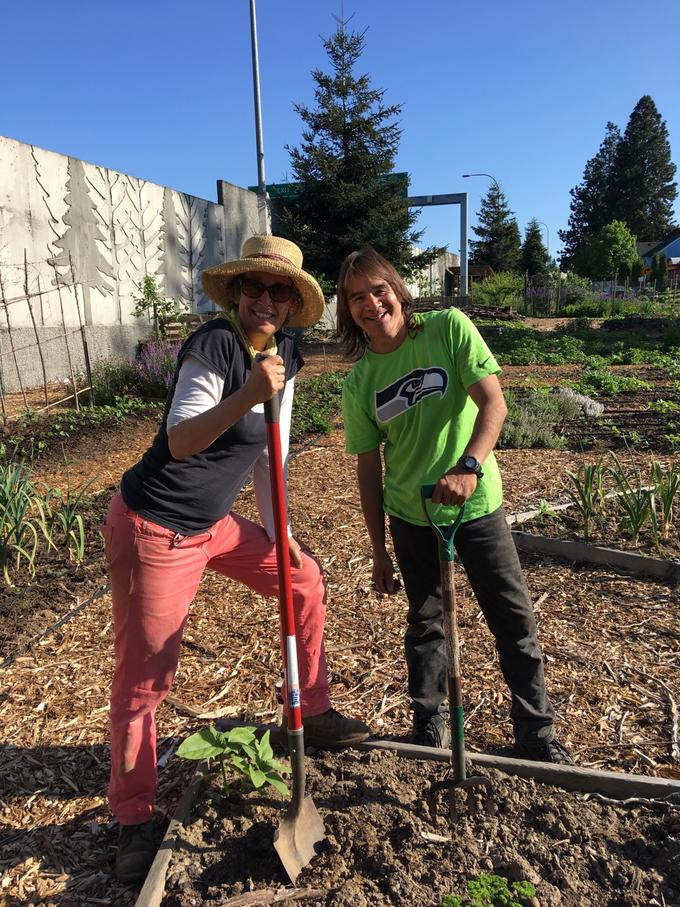 “Mentally and physically my outlook on life is a lot brighter.”  Patrick

Pioneer’s City Gate Apartments provide affordable housing to homeless individuals exiting Whatcom Jail or under the supervision of the Department of Corrections (DOC). The DOC refers individuals to the FLEX Group and the participants meet weekly with a case manager for help with setting up personal goals and receiving housing assistance.

Patrick was referred to FLEX and moved into City Gate Apartments over a year ago. He continues to successfully work at establishing and accomplishing goals with his Pioneer case manager, Rachel Munroe. Their supportive relationship continues today as Patrick’s goals have evolved from establishing basic medical and dental care, to his current goals of maintaining stable recovery and deciding whether to continue an internship or pursue a college degree.

Horrific physical, mental, and emotional abuse (and the PTSD that comes with it) plagued many of Patrick’s formative years. He was challenged by alcoholism for most of his life and was labeled a “habitual traffic offender” with numerous arrests for drug and alcohol related crimes. With his criminal history, an eviction from the Housing Authority, depression and anxiety all weighing him down, day-to-day life was extremely difficult for Patrick. He believed himself unemployable and that the likelihood of acquiring a home of his own was highly improbable. Regardless, he did not give up. He was seeking focus in his life and a way to meet his goals, including a way that he could generate an income. He felt his life was “not fulfilling.”

While living in the City Gate Apartments supported living program, Patrick has engaged in intensive therapy and made notable strides in overcoming his incredibly traumatic history. He also worked on his recovery in AA and completed the 12-steps with his sponsor. With the active guidance and empowerment of City Gate staff, and the supported living program and vital community partnerships, Patrick has evolved from a man who routinely suffered from panic attacks, nightmares and other symptoms of both alcoholism and PTSD, into a man who looks forward to each day.

All of us at Pioneer, especially our City Gate Apartments program staff in Bellingham, are extremely grateful for the partnerships built in Whatcom community with amazing organizations like DOC and York Community Farm (YCF). The farm works with local programs to place interns who are veterans, homeless or recently released from prison or jail. Each intern works for about three months. In return, they receive a living wage, free vegetables, and perhaps more important, work experience for their resume.

In April 2017, Patrick joined the team at the YCF under a local subsidy program and made quite a name for himself. Patrick describes his introduction to Mary Loquvam, coordinator at YCF as giving him hope. Patrick said, “It was like a light at the end of a tunnel.” He added that working at the Farm has inspired his ambition. “It gives me something to look forward to, a sense of responsibility.”

As a result of his hard work and dedication, Mary extended his original internship twice in 2017 and has asked him back again for the 2018 season. Recommendations from her have led to other opportunities as well. Patrick has worked for other groups in the community performing a variety of landscaping tasks. Mary and the team at YCF really support Pioneer’s mission and offer formerly incarcerated folks a chance for change. She expressed gratitude for having an intern like Patrick on her team.

From its conception six years ago, YCF has maintained a partnership with City Gate. Patrick is one of many residents that Mary has empowered with a new sense of community, success, and hope along with much appreciated financial support. Mary described YCF’s vision and said, “We serve as a model for sustainable food production for other neighborhoods in our city, other cities in our county, and beyond. And, most importantly, York Community Farms helps individuals maintain a living wage, build a resume and create meaningful internships. The internships are a pathway to employment for our community’s under-served populations including veterans, homeless, and justice-involved individuals.” YCF has empowered members of Whatcom community time and again. Mary added, “The Farm has awarded 27 internships over the past five years valued at $40,000.” That is no small investment in the Bellingham community that they serve!

In addition to asking Patrick back for repeated internships, Mary actively supports his pursuit of things to come. Today, he has a choice to make regarding his future. Patrick could continue on with a long-term career with YCF as they evolve their project to include aquaponics farming with mentors from Bellingham Technical College’s Fisheries program. Aquaponics is a system that combines conventional aquaculture (raising aquatic animals such as snails, fish, crayfish or prawns in tanks) with hydroponics (cultivating plants in water) in a symbiotic environment. Or, Patrick could enroll in the Aquaponics program in the college and become a mentor  to future interns at YCF (an opportunity to teach his teacher something new)!

During his time at City Gate, Patrick faced many life challenges, large and small. He has completed all requirements of legal supervision, notably improved his physical health, and supported others in their recovery efforts. He has also done the work required to learn the necessary skills to significantly decrease the frequency and intensity of anxiety, panic attacks, and depression.

However, some challenges were harder than others. An unhealthy romantic relationship influenced his decision to relapse for about two weeks. During that time he did not show up for, or call into, work or engage in routine case management appointments. Eventually, he chose to be honest, take responsibility for his actions and make appropriate amends. By being accountable, his work, and other key relationships were preserved. Patrick worked with case managers to develop his own recovery contract and did what was necessary to achieve stability and walk through these experiences with honor and dignity.

Patrick now feels prosperous and stated, “Mentally and physically my outlook on life is a lot brighter.” In under a year and a half, he has developed life skills including budgeting time and resources, as well as exercising self-advocacy and healthy boundaries with professionals and fellow community members alike. He also continues to give back to the community by helping out around City Gate and volunteering at Garden Street Church, a community partner in the area. We are so proud of Patrick’s hard work and focus on becoming an exemplary citizen in the community!