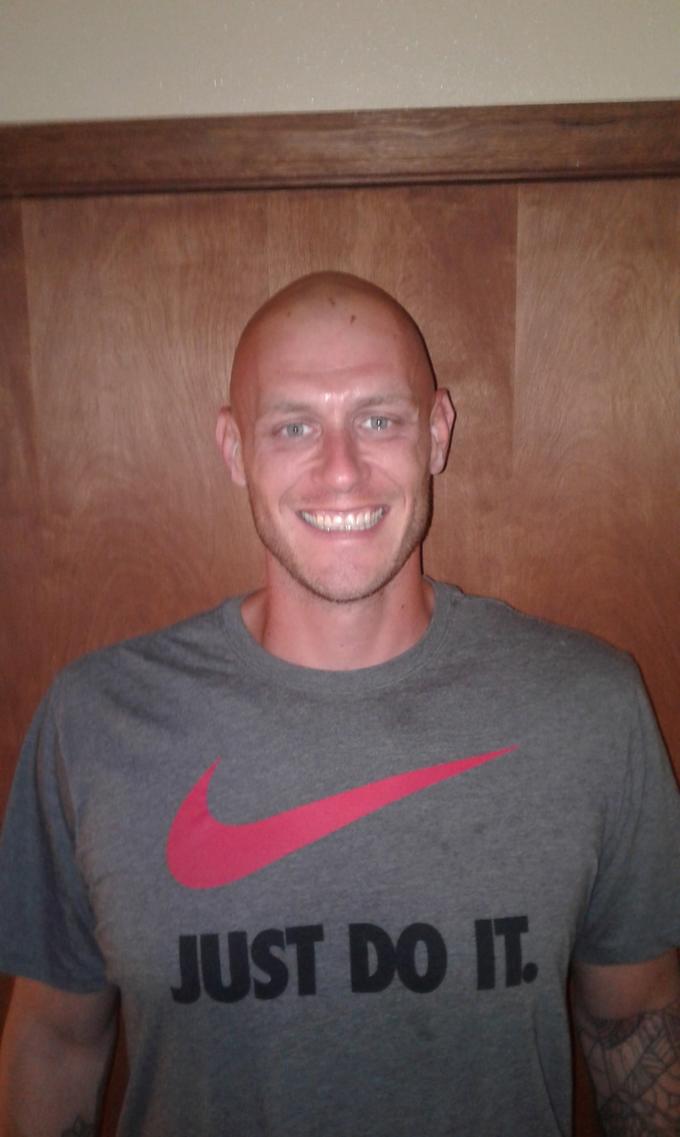 “My mind quickly changed because I saw how much the Roadmap workshop could actually help me and what the classes could offer me.”  Robert

Robert was born and raised in Rural Medical Lake, WA, on a farm with two younger sisters. Although this was a peaceful setting for someone to grow up in, Robert struggled with anger issues with frequent outbursts. "I was somewhat of a difficult child, “Robert stated.  Even though he received good grades in school, played various sports and joined several school clubs, Robert still did not feel that he fit in. “I felt like I was going through the motions and that nothing seemed to help.”

When Robert was 17 years old, September 11 (911) happened and it changed his life forever. Robert joined the Marine Corps with his parent’s consent.  “I finally felt like I belonged somewhere; a band of brothers.”  Shortly after joining the Marines, Robert started to consume alcohol. This was an ongoing way of life that he said he witnessed in the service. Robert stated, “I started drinking to fit in; to be liked and accepted.”

After boot camp, Robert was deployed to Iraq and eventually would serve in another combat mission in Iraq, totaling two deployments.  “I started struggling with depression and combat trauma also known as PTSD,” he stated.  He then was honorably discharged in 2007, but life was really difficult when he got out of the Marines and he had a hard time maintaining his mental state because of his PTSD.

SELF-MEDICATING TO NUMB THE EMOTIONAL PAIN

“I tried to take care of everything on my own and never asked for help.” That is when Robert started using marijuana to help with sleep and manage his PTSD. At first, he was just using it at night, but then his use started to increase and he was using before work, at work and then all day.  Eventually he started to use opiates. Sadly, Robert said, “I fell in love with the drugs I was taking and my problems seemed to temporarily disappear.”

After using these drugs for a while, Robert slowly started to lose everything, his job, house, car, wife and all his possessions. “I resorted to theft to pay for my addiction! I always wanted to quit, but the physical and mental withdrawals were too intense for me to just stop,” Robert shared. He soon got caught up in criminal behavior and was charged with 13 felonies. He was also incarcerated for nine months in the Spokane County Jail. “I fully expected to be sent to prison for six years, but they gave me one last chance; they gave me the opportunity to participate in the Spokane County Therapeutic Drug Court that Pioneer Human Service operates.”  Robert engaged in the program and then started group counseling at Pioneer’s Emerson Clinic outpatient program where he continued to work on his substance use disorder. He still was struggling with his substance abuse issues and so he was admitted to Pioneer Center East, a residential treatment program for chronic addiction.

At Pioneer Center East, Robert engaged in the treatment program and had his breakthrough. “I met Joe Parham, a Pioneer employment specialist, and enrolled in the Roadmap to Success workshop. I was very reluctant at first and did not want to participate at all! I went to class because it was mandatory in my recovery plan.” Then an amazing thing started to happen to Robert.  “My mind quickly changed because I saw how much the Roadmap workshop could actually help me and what the classes could offer me.”

In the Roadmap class, Robert started really engaging in his work. He finished his resume and letter of explanation with perfect attendance and was released back to Pioneer‘s Emerson Clinic outpatient counseling program where he took the Roadmap workshop again to freshen up his job-readiness skills. The workshop was helping Robert envision a better future.

In the second workshop, Robert refined and updated his resume, interview skills and added a cover letter. He also came to all the computer labs and worked with Joe Parham on searching for a career that he could excel in. “The experience from the Roadmap classes made me feel like there was no job that was out of my reach,” stated Robert.

Commencing his job search, Robert started to fill out employment applications and apply for jobs. He even started looking into Spokane Falls Community College (SFCC) to further his education. One of the jobs that Robert applied for was a Veteran navigator position at SFCC. Robert thought immediately that his record would be a barrier for him, but he was encouraged by Joe Parham to go for it! Robert applied and he finally got the call for the interview. Although he was nervous, Robert reviewed the interview prep class curriculum that he had taken in the Roadmap classes and started to build up his confidence. “I was nervous, but the tools that I got from Joe helped me because I used them in the interview. I nailed the interview and got the job!”

Currently, Robert is working as a Veterans navigator at SFCC and he is enrolled in Addiction Studies at the school. He has successfully graduated from the Spokane County Therapeutic Drug Court and his counseling at Pioneer’s Emerson Clinic. Now he donates his time at the Veterans Center and is drug free!  “I feel like I have my life back,” Robert said. “I went from being homeless and addicted to drugs - to having an amazing life with a fresh start - to having a fulfilling career!”

Joseph Parham shared, "Hope succeeds in those who really believe in it.  Robert gives me hope because of his unwavering devotion to success!”