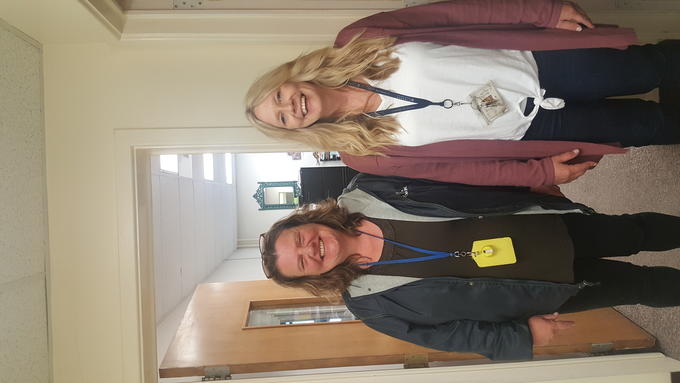 Pioneer Center East (PCE) is a residential treatment center in Spokane that provides intensive inpatient treatment for individuals with high-needs that are struggling with chronic substance use disorders. Many are also dealing with a criminal record due to their addiction. Kari Swecker is a clinical substance use disorder manager at PCE and she shared a story about Mark, a former client, who went through the inpatient program while also engaged in the pre-conviction Spokane County Therapeutic Drug Court program operated by Pioneer at Emerson Clinic. Participants in pre-conviction Drug Court can have their felony charges associated with their substance use disorder dismissed if they successfully complete the program.

The first time Mark was referred to PCE, he left the program within a few days because he said he had too many issues at home that he felt had to be dealt with first. The courts eventually intervened and he was sent back to PCE for inpatient treatment. On his second entrance, Mark realized he needed the counseling and treatment, and was open to receiving guidance and help.

“Mark had used heroin for years and when he entered PCE the second time he was skin and bones with extremely low self-esteem and behavioral issues. He made the decision to stay so we could assist him to overcome the triggers that led him to drug use. It was clear, Mark needed to address his emotions in dealing with the loss he felt over failed relationships, home-life issues, and it was imperative that he learn coping skills,” said Kari Swecker.

Mark really hit the ground running and focused on his recovery while at PCE. He absorbed everything being taught in the program so he could use the tools when he was on his own. After completing treatment at PCE, he continued in the Spokane County Therapeutic Drug Court program at Pioneer Counseling-Emerson Clinic and obtained employment.

Cheryl Cross, a substance use disorder professional (SUDP) that worked with Mark said, “Life isn’t about waiting for the storm to pass – it’s about learning to dance in the rain.” She added, “When I started working with Mark, his trailer that he lived in caught on fire and burned down, and he had just broke-up from a long-term relationship, yet he still was determined to move forward. He was always grateful and positive even through his pain.”

Often, our staff do not see clients after they have completed the program at PCE since many have come from all parts of the state. However, Kari Swecker was delighted to share, “In the case of Mark, I went to a Spokane County Therapeutic Drug Court graduation several months after he finished PCE’s program and there he was looking healthy and graduating from drug court along with another former client. I was so happy to witness both of their success stories. Mark told me he was using all the tools he learned at PCE and expanded on them in the drug court program to build a solid foundation for his recovery. He just kind of blossomed.”

Today, Mark still meets with his sponsor from his clean and sober support group. Due to COVID-19, they can’t meet with the whole support group so Mark’s sponsor comes to his home to have their own meetings one-on-one, while practicing social distancing. It’s been over a year that Mark has been clean and sober, and he is still employed. The Pioneer staff are thrilled with his focus on staying on course with his recovery. Great job Mark!