Brian Proves it is Never Too Late to Change 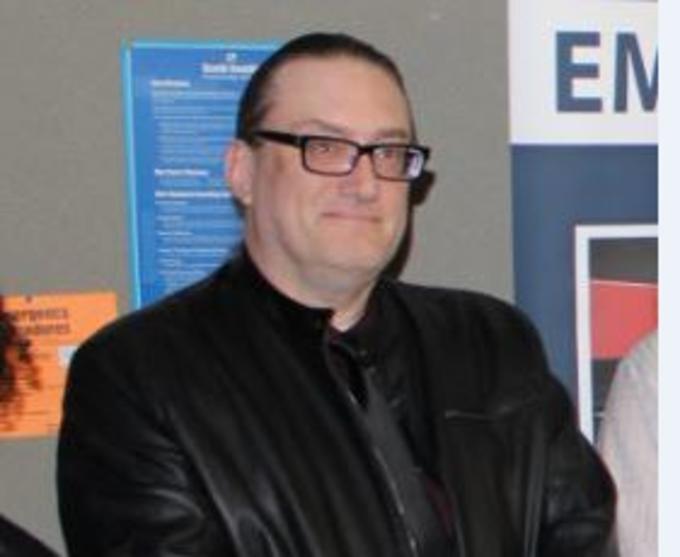 By the time he reached his forties, Brian had been to prison five times. As time progressed, he never even attempted to lead a life of sobriety. Each time Brian returned to prison, he would meet new individuals who were behind bars that weren’t great role models, and he would learn new anti-social behaviors. Brian went back into the community, time and time again with the self-acknowledged goal of returning to incarceration. It was the life he expected and knew.

Living With Mental Health Issues
Mental illness played a substantial role in his thinking patterns. Plagued by deep depression, anxiety disorders, post-traumatic stress disorder (PTSD) and obsessive-compulsive disorder (OCD), Brian knew that if he lived his lifestyle of using drugs outside of prison he would die or become so desperate that he might attempt suicide. Inside the correctional facility, Brian at least had access to psychiatric care and some reasonable substitutions for medications that could help him.

During his years of criminal behavior, Brian collected over 60 felony convictions. After release from his last term of confinement, he had reached 50 years of age. By this time, Brian had felt that the court system and the Department of Corrections had completely given up any hope at rehabilitation for him. Since many of his crimes were white-collar and technology-based, Brian was denied any access to education while inside the prison since he was deemed a security threat. Brian was told it was contrary to the goals of the department to educate him any further as he would only use any knowledge gained to help in his future criminal exploits.

Never Giving up Hope
The blunt assertion that he was beyond hope actually added to Brian’s motivation to find his way into a lifestyle of recovery. During his last prison stay, Brian found ways to continue his education on his own. He devoted all of his time to locating every community resource imaginable. He desired to prime his life for a path that would not only benefit himself upon release, but the community as well. Brian was able to connect with a group of older men in prison in similar situations that were all releasing around the same time. They shared resources and set realistic goals together about how they would accomplish their new lives. They agreed to help one another and to hold one another accountable for their behavior after release.

During the time the men were searching for resources, they found Pioneer Human Services. Brian and two other men from that group attended Pioneer’s Roadmap to Success (RTS) job-readiness training program after their release, and all of them graduated! During Brian’s time in the program, he shared with his case manager about how reading helped him escape. “Brian was a bit of a ‘jailhouse lawyer’ - incredibly intelligent with skills that could benefit him greatly in the community. He just needed to believe in himself to break his cycle of recidivism,” Rachel LaFonte, Pioneer case manager stated.

Of the three men attending RTS from Brian’s group, two of them took the initiative to be the student speakers at the graduation for their class and two became employed with Pioneer Industries in manufacturing positions. Pioneer assisted Brian in getting his medical needs met with needed items like eye glasses not covered by Medicaid and referrals to outpatient counseling services. The RTS program also provided on-site resources or referrals to locate needed outside resources for clothing, housing and transportation in the community.

Brian was able to build relationships with the staff at Pioneer to express his needs. He still calls to vocalize his thanks for the staff’s help in showing him that he already had the confidence within himself to make the changes he wanted.

Employment
After graduating from RTS, Brian enrolled at Bates Community College and Pioneer supported him with textbooks for the graphic design classes. Brian partnered with another RTS graduate to share the books and they kept one another accountable during their time in technical school. He now has his own apartment and Pioneer was able to assist him in getting furniture. He now is also able to satisfy his obligations to the courts and to the Department of Corrections without any trouble.

Having a strong background with computers and graphic arts, Brian was hired to work at a large company in graphic design in a position that suits his career goals. Although he still struggles with a disability, Brian no longer needs the support of the state for his needs. He now has employer-provided insurance and is able to efficiently find adequate treatment for his mental health issues.  While working full-time, Brian also spun off his own graphic design business on the side and he is able to earn extra money on side jobs he picks up and works on after hours.

Giving Back
Brian has embraced a balanced life of recovery and now takes great pride in his commitment to helping others with the knowledge he has gained through his own recovery. He shares his positive experiences associated with his new choices in life that replaced a life of crime for so many years. Brain helps other individuals re-entering their community that are struggling with warrants, child support, building their credit and finding community resources among a number of other things. “Brian stated, “I have vowed not to forget the mindset of poisonous thinking that destroyed so many years of my life. A permanent goal of mine is to bring the message of recovery to others!”

Brian’s own view of his commitment to change, and the milestones he has accomplished, give him a sense of self-worth and personal pride that is infectious. All of his goals for the future are realistic, and easily measurable. Brian is now able to wake up and finish each day without wondering when he will be arrested and in jail next. Instead, he now reflects and writes in his journal on his choice to become a productive member of our community.