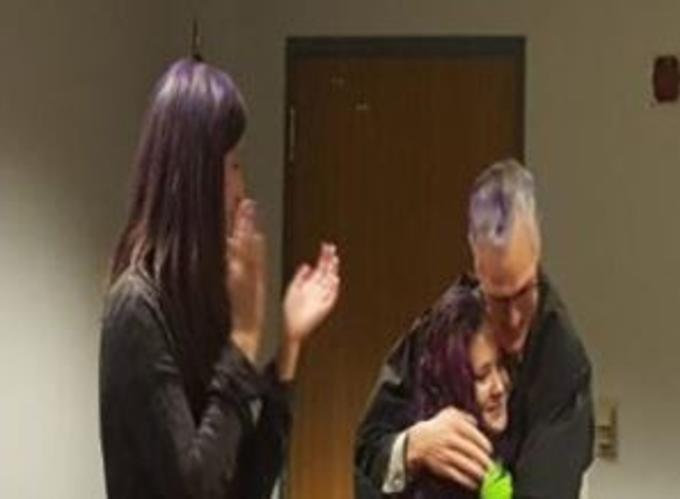 One of our case manager's, Rachel Munroe, at Pioneer’s City Gate Apartments in Bellingham, Washington shared a story about Crystal, one of our resident’s thriving in the housing program while also participating in Mental Health Court (MHC).

Back in August of 2017, Crystal was referred to City Gate Apartments. When she arrived, she expressed a lack of hope about her future. Crystal was really beaten down by all that she’d been through and unable to believe in herself or her ability to succeed in life. She had been engaged with MHC for several months prior but met with many obstacles as she was living in a tent on the outskirts of town. Over the prior year, she had lost all support from her family, maintained untrustworthy friendships, and remained in a very unhealthy relationship that challenged her ability to overcome her struggles.

During her time being homeless, Crystal also contended with substance abuse, other mental health concerns and worried over her physical health. “After Crystal moved into City Gate, she learned to engage with me, her counselors, and officials at Mental Health Court. She came to trust us and take positive direction. Crystal’s skill set spread to learning how to communicate with an element of grace. Crystal is learning to believe in herself and have hope again,” said Rachel Munroe, City Gate case manager.

As Crystal progressed, she became more invested in her rehabilitation. She attended case management and multiple forms of therapy sessions regularly, went to intensive outpatient classes and engaged in support meetings. “It is such a pleasure to watch Crystal continue to seek ways to improve her life,” added Munroe.

Often Crystal would come into the office feeling defeated, making statements like: “That’s it, I’m done!” She was ready to give up, yet she chose to persevere, to follow through on her efforts to heal.

When Crystal graduated from MHC, it was cause for celebration! Whatcom County officials, Pioneer staff and other guests stood up to bear witness on Crystal’s progress while engaged with MHC. In honor of Crystal - this amazing human being - the courtroom of professionals (including the judge) temporarily dyed their hair purple and/or blue for her graduation. She was overjoyed! Later, Crystal stated: “I really didn’t think I could do it, but I did. I did it!"

Munroe shared, “I had the unique honor of witnessing Crystal’s graduation from Mental Health Court. Many of us in attendance stood up and spoke of her brutal honesty, tenacity, and most of all, her valiant efforts to improve the quality of her life. Today, Crystal can stand on her own two feet and knows the path she needs to stay on for continued recovery.”

Muroes was proud to add, “After court, the prosecutor made a point to approach me and thank Pioneer Human Services on behalf of Mental Health Court. His sincerity was memorable. He wanted to be assured that we knew the MHC staff believed that there were  remarkable effects on Mental Health Court participants participating in service-enriched housing programs like City Gate.”

When Crystal originally received secure housing at City Gate and slowly began engaging with Munroe, her case manager, she obtained the services she needed to move forward in life and found the necessary pieces of the puzzle to put her life back together. Crystal still struggles at times and has challenges, but she isn’t giving up. She keeps choosing to move forward and do what it takes to heal, grow, and succeed.

Now Crystal has long-term goals of gaining custody of her two children and of eventually building a career for herself in working with animals. With continued perseverance, she will most certainly achieve these goals and much more. We applaud Crystal!