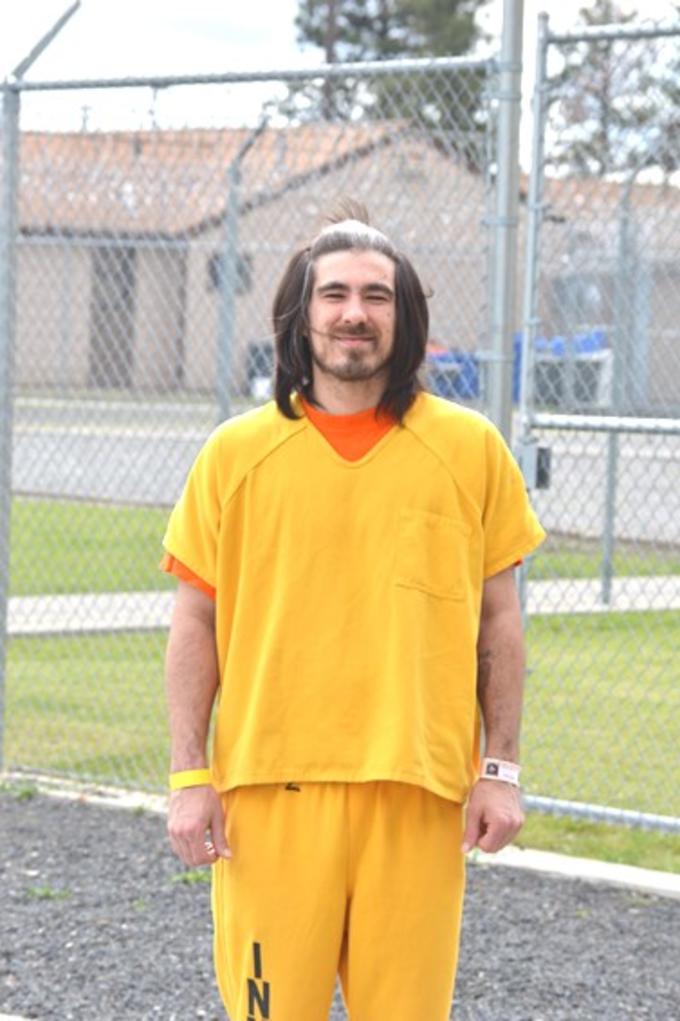 Michael came to Geiger Corrections Center’s Intensive Out-Patient (IOP) treatment program following his third alcohol-related driving arrest in 11 years. No longer young, but still not old at age 31, Michael shared that alcohol has kept him from achieving important life goals and from being fully immersed in his daughter’s development.

After Michael was arrested for his last DUI he was transferred to Geiger. He said, “I heard about Geiger’s IOP program when I arrived here from the jail. I began thinking more about my past, my future and the future of my daughter.”  His case manager told him there was an opening in the mid-day IOP group and Michael was able to get in. He was moved from the general population floor with 60 people, down to the treatment floor having only about 20 people.”

Michael added, “Studying the lessons, completing homework assignments and applying the concepts to yourself are a lot easier on the treatment floor than upstairs with the general population--it’s always very busy up there.”

Michael felt the IOP curriculum was excellent and said, “The biggest part of IOP is the course, Thinking for a Change.  It’s a course that has a lot of role playing and helps you analyze your  responses to various statements or situations. Our treatment counselor from Pioneer Human Services, Linda Gurtner, was very patient. You could tell she liked everybody and sincerely wanted us to succeed. Well, she was our treatment counselor until last week, when she stumbled during class and broke her wrist pretty badly. Naturally, everybody in our group was concerned for her. Our group was assigned a new counselor, Terren Beeman, who’s fairly young and has bit different approach leading treatment. He’s likable, and like Linda, doesn’t rush through questions about the curriculum.”

Michael stated that in his IOP studies, he really didn’t identify any particular flawed thinking pattern that allowed him to rationalize his alcohol use. He shared, “Thinking for a Change showed me that I wasn’t thinking at all. It’s easy to see when you’re sober, but I’d been drinking for so long it didn’t even register.”

Michael has been one of Geiger’s stand-out treatment clients. Besides helping others on the floor with homework and remaining a positive influence, Michael hasn’t been written up for a single rules infraction since he was booked. That’s quite uncommon.

“I decided that I’m here to better understand myself and my problem, so it’s not been difficult to follow the rules. I also completed the Breaking Barriers course. Just like IOP has ‘Thinking for a Change,’ Breaking Barriers had a segment called ‘Conflict Resolution,’ that explored the process of decision making. Now, I realize everything I do has consequences beyond me, so I’m thankful to both Linda and the Breaking Barrier’s instructor Ms. Butterfield for that. They both helped me figure out what connects,” said Michael.

Upon release, Michael stated, “I’m looking forward to returning to work, living with my parents at first, and being a parent.” His daughter is 13 years old and living with her mom’s parents. They’ve been very good to her, and Michael has built a solid relationship with them.

Michael added, “I’ve done construction work in the past, so I’m anxious to start working again, rebuild family relationships and embrace those who’ve been wanting a sober me. They are what’s driving me to change my life.”