Justin Breaks Free of His Past 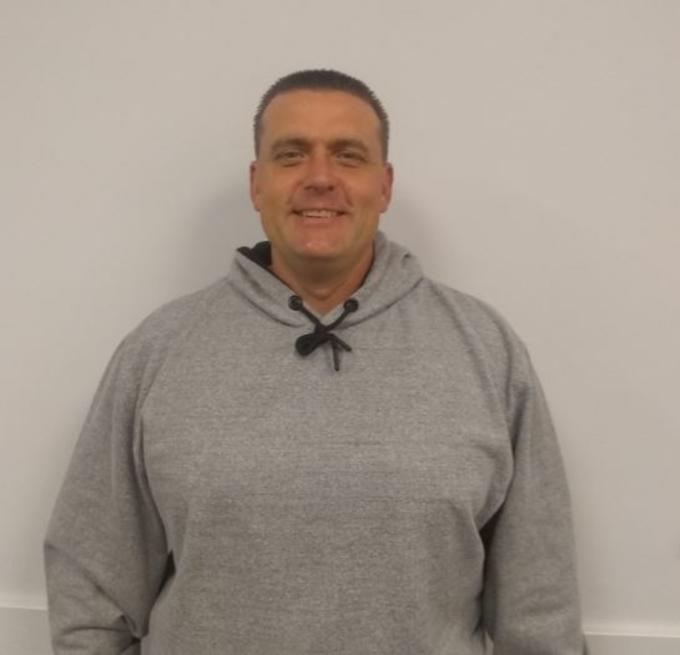 “Justin was a student of mine in Pioneer’s Roadmap to Success job-readiness training workshops at the Spokane Residential Reentry Center (SRRC). His motivation and positive change have become a new found hope for me and for the work that I do.” Joseph Parham, Pioneer Human Services employment specialist

Justin grew up in Tacoma, Washington where he was raised in a good home with both parents present emotionally and physically. Although he lived in a good home, he lived with anxiety and fear of the unknown and started to mask his fear with the use of drugs. He started sniffing gas at age seven, a very young age, but he liked the way it made him feel. By around 10 years of age his drug use started to progress and he began to use marijuana. In order to pay for his growing drug habit he learned to con people. “This was a high all on its own; the con game was new, but I quickly realized that when you had money and drugs, some people around you would do anything you wanted them to do,” stated Justin.

While playing the role of an innocent kid in the neighborhood, Justin slowly learned how to easily manipulate his parents and other people. However, once in high school, he was arrested for having marijuana and things got more complicated because his parents found out. “I didn’t really suffer any real consequences for being arrested so I started to push my parameters by experimenting with more drugs like methamphetamine which rapidly increased my criminal behavior.”

After several new arrests for drugs and property crimes started to accumulate on his record, Justin knew that he had to change up some things before he spiraled out of control. He decided to straighten up, get a job and change his life. During this time he fell in love, got married and had four children, but it did not take long for his addiction behaviors to surface again. This time it was opiates combined with methamphetamine. It quickly escalated into a conviction and his first prison sentence in which he could not seem to change his behaviors. He returned back to the same drugs after his release and hung out with the same people. This behavior brought on 28 felony convictions, two federal indictments and prison sentence after prison sentence.

“I always said I wanted to change, but those were just words and internally, I didn’t want to,” Justin stated. Because of this, Justin had not seen his children since 2005, and a change occurred within him. He made a decision to have faith in God and let the change of heart lead him in a new way to live, setting him free from the bondages of his past.

From Bondage to Freedom

“Somehow, some way God had his hand on my trial and sentencing; even my lawyers said that I should have received a ten year sentence, but God had his hand on this,” Justin said. Justin wrote a letter to the courts on all his warrants, prayed over them and all of them got dismissed! This allowed him to get into Residential Drug Abuse Program (RDAP) in prison. RDAP is an intensive-long term drug treatment program that incorporates Cognitive Behavioral Therapy.

Learning good behavior characteristics, like honesty, propelled Justin to adjust his attitude and behavior along with others in the RDAP program and fostered new growth in Justin. He graduated from RDAP and was transferred to SRRC in Spokane. “When I started to take my life seriously and take ownership of my actions, a huge weight lifted off of my shoulders and good things started to happen to me. I have had contact with one of my daughters and as soon as I got done writing her letter, another one of my daughters reached out to me. I am so blessed! Most importantly, my wife and children have seen a change in me and now support me, and with that I have the full desire and confidence to fully succeed.”

Engaging in Roadmap to Success Workshops

At SRRC, Justin enrolled in Pioneer’s Roadmap to Success workshops and got acquainted with the instructor, Joe Parham. At first Justin was very apprehensive about the program. “After listening to the Roadmap instructor’s story, I quickly realized how Joe had similar barriers and an incarceration history just like I did. Joe could relate with me and kept saying that “we” had to change our thinking because our thinking produces our actions. He also showed this to me by example. I needed to relearn how to think!”

Joe noticed that Justin was starting to remember and refer back to some of the things he learned in his RDAP training class in prison. There was a positive change happening and it was good! Joe could see Justin’s interest in the class was starting to grow.

“After hearing Joe Parham’s personal story and journey after prison, I realized that Joe really wanted to see me succeed. He even gave me advice on how to get all of my certificates & records from the Department of Natural Resources (D-N-R) firefighting experience I received when I worked for them while I was in prison. Plus, we created an awesome resume and from his guidance I have even been offered a job from the Washington State D-N-R when the next fire season starts,” added Justin.

Justin attended every Roadmap class and lab that was offered and really applied himself while in SRRC. Joe Parham reported that Justin made huge strides in achieving his goals and was offered an immediate job at a local warehouse within two weeks from graduating from Roadmap. His success and overall change in behavior is applauded and celebrated by all!