The Importance of Employment and Support After Incarceration 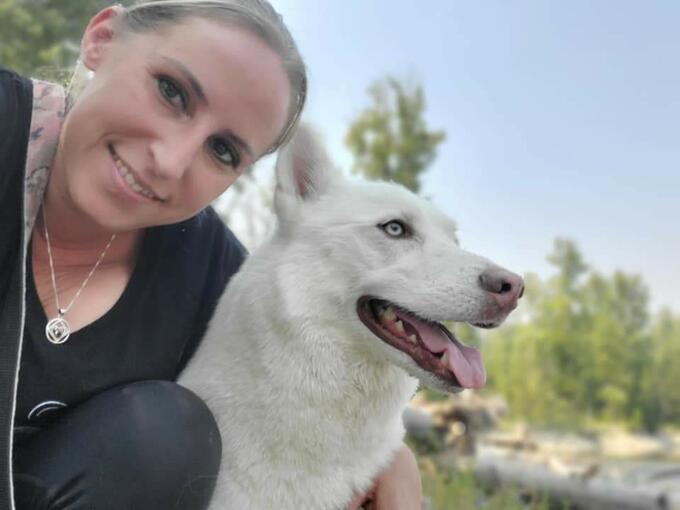 Read Lana's story of how she worked hard to turn her life around.

Today, Lana is our kitchen manager at Pioneer Food Services in Tacoma and manages the on-site cooking staff for Harrison House, a senior housing facility in Kent. She oversees the day-to-day operations in the Tacoma kitchen with state-of-the-art equipment for preparing, cooking and fast-chilling more than 1,000 meals per day that are delivered to our clients and customers seven days a week. In Lana’s role, she also manages inventory control, prepares the monthly meal plan with a nutritionist, and manages the cooks, staff, labor budget, food orders and handles customer billing.

“Pioneer has employed me through the years and has continued to support me through my struggles. They believe in giving chances without judging you for your past. That kind of support has been a major factor in my success and stability,” shared Lana.
-------------------------------------------------------
Growing Up Fast
When I was young I was very independent. Maybe too independent for my age. When I was just 14 years old, I got pregnant and gave birth to my first daughter. I was living in my friend’s home. As I got older, I worked restaurant jobs and drugs slowly crept into my life. By the time I was 20 years old; I gave birth to my second daughter and was using drugs again when she was six months old. I had been working at the commissary, but my drug use was taking over and I knew I was going to eventually lose my job. My oldest daughter was seven years old by then and since I was not holding up well, she went to live with her dad.

During this time, my youngest was a year old, and one night when I was out and she was home with a babysitter, my house was raided by the police. My baby daughter was taken away and I wanted to get her back but could not go to Child Protective Services to plea my case as I knew I could not quit using drugs. My aunt kept my baby for a while until she found a family friend that adopted her into their family. My life was completely controlled by my drug use and I couldn’t see a way out.

Arrest, Prison and Employment
After the raid, I fled and was on the run for a few years. Addiction is a disease but trying to get clean is almost impossible when you don’t deal with your mental state. I was wracked with guilt and shame, and felt I didn’t deserve anything good. During this time in my life, I remember I just wanted to numb myself from the pain and heartache I felt so I did anything to support my drug habit including selling drugs, robbery, forgery and identity thefts. When I was finally arrested, I had 23 felonies and was given a six-year prison sentence.

I ended up serving half of my time in prison and the other half on the DOSA treatment program in the community. When I was released from prison to a work release program, I was introduced to Pioneer Human Services as they operated the work release program. Through their employment opportunities, I was hired and worked at Pioneer’s restaurant, Meza Café, for six years until it was closed.

Relapse and Learning to Give Back
After working with Pioneer, I moved and was involved in a very abusive relationship. I started drinking to numb myself again. For some reason I had it in my head that if I was only drinking alcohol and not doing hard drugs, I was doing OK. Well, that behavior is a slippery slope and I learned the hard way because I ended up using hard drugs again, getting arrested and serving two more years in prison.
After prison, I ended up being sent to Pioneer’s work release again and participated in the Roadmap to Success job-readiness training program. Through the employment program I heard about Pioneer’s Food Services division and an open position for a cook. I interviewed with Chris Murphy, director of Food Services for the job and he ended up offering me the position. Sadly, I turned it down as I accepted a job with another restaurant. However, shortly after I was hired a young employee found out about my criminal record and told all the young staff who taunted and teased me about it at work. My privacy had been breached and I did not need the additional shame, so I immediately called Chris for help.

It was a lucky break, as Chris had an opening for a food delivery driver. He understood my situation and wanted to give me a chance. I took the driver job and after two years, I moved into the cook position. When I got into another bad relationship and started to falter, Chris helped me get into Pioneer’s clean and sober Tacoma Housing program to provide me with a safe housing situation that had structure. Chris believed in me and after some time I was promoted to the kitchen manager position in the new Tacoma kitchen where I work today. Chris has always been my mental cheerleader. Now it is my turn to give back and mentor trainees that are struggling with their past. It’s a part of my job that I take very seriously.

Chris Murphy stated, “Lana is a mentor and has had such a positive impact on so many people’s lives.  Her commitment to sobriety and living her best life shines as an example for everyone that she works with and crosses paths with in the community.”

Reunited With Daughters
After years of being separated from my children because of drugs and being incarcerated, we have reunited and started the healing process. My oldest daughter lives with me now and is going to college. My youngest daughter, who was adopted, had moved with her new family to New Mexico but they moved back to the area a few years ago. I was able to connect with her, meet her adoptive mother and we all spent Christmas together!

Gratitude
Pioneer gave me a second chance and the support that helped me to build up my self-confidence and self-worth. I am proud to state that I have been clean and sober for over three and a half years and I am accountable for my actions. As I work on my recovery journey, attend my support group meetings weekly, and build my career, I am so grateful to know that Pioneer has my back!