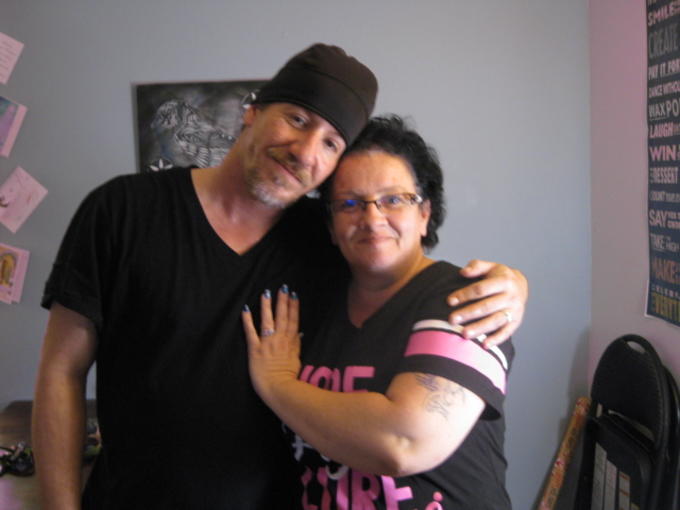 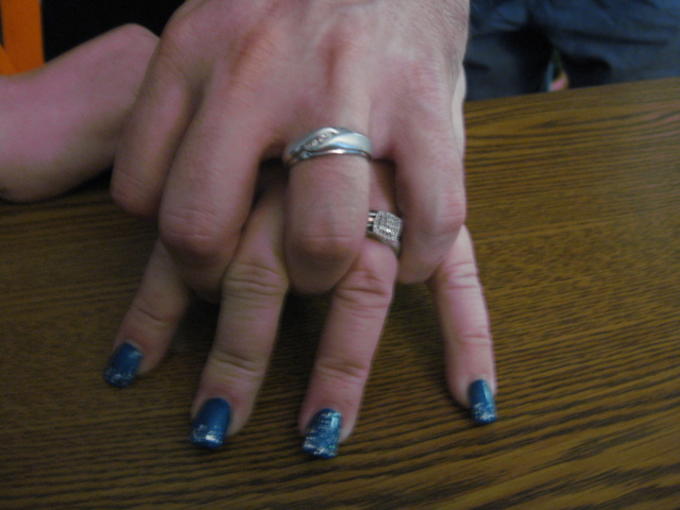 We wanted to share a story with you for the holidays that warmed our hearts and got us into the holiday spirit!

The Phoenix House in Spokane is a program that provides low-cost transitional housing to support adults working towards mental health recovery. The program offers housing for individuals active in a Spokane County Regional Behavioral Health Organization program and gives individuals time to transition into their counseling programs and look for permanent housing.

Crystal and John were brought together when they met at the Phoenix. John was already living in the housing program when Crystal arrived. She moved into the Phoenix and was struggling with depression and the transition into a new home. John and Crystal met and they became fast friends. They discovered that they had a lot in common and were able to share their great love for their families and a mutual desire to improve their lives, work on their recovery and better their circumstances.

After Crystal had formed this friendship with John, her clinician reported to the Phoenix staff that she was flourishing in her treatment program and had improved almost 100 percent! The fact is that both Crystal and John were motivating each other to continue their individual counseling and be engaged in their improvement, but they were also falling in love. They weren’t becoming co-dependent, each of them was working on individual issues, but doing this while fully supporting each other's efforts. Soon the Phoenix staff realized that these fast friends had built up their relationship and were now a loving couple.

Recently, Crystal studied to become a Reverend and she was ordained by a program online. She even started a Bible study at the Phoenix for other interested residents to help them with their struggles.

Both Crystal and John have children from previous relationships, and their past partners and children are very happy and supportive of their new found love for each other. Crystal and John will be celebrating Christmas one day with John’s children and family, and one day with Crystal’s children and family. They are spreading their love across their extended families and working on being positive role models for their children.

In December, Crystal and John announced their engagement and their plans to marry in 2019!  The Phoenix has been a stable cornerstone for their relationship and they would like to get married in the backyard of the house in the spring. That is such a wonderful request and the Phoenix staff is honored that the program has served as a foundation for their relationship.

“We found love at the Phoenix! It's a blessing to have found each other and we're so appreciative of the Phoenix staff that has respected our relationship and provided encouragement in our recovery journey. It has been a great experience living here and it would be fantastic to get married in the backyard!”  John and Crystal