A Journey to Success with the Unstoppable Al Brown 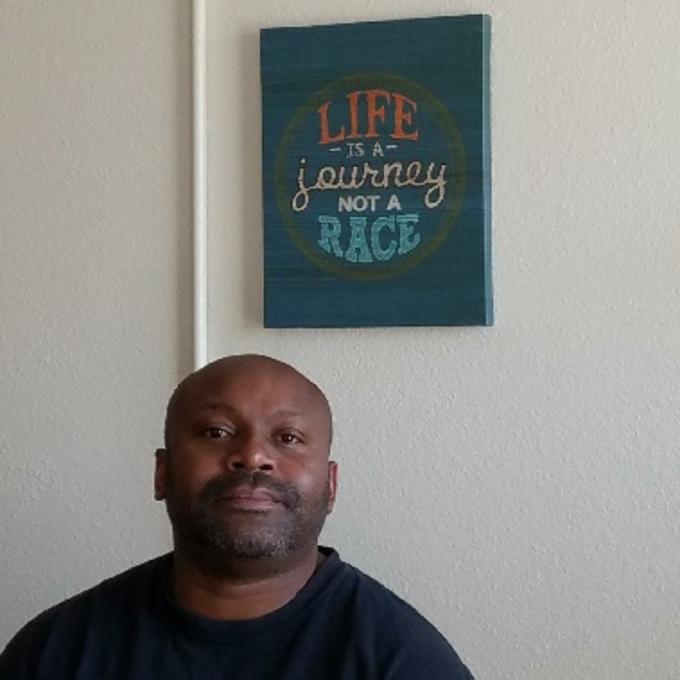 How many people do you know that have successfully pursued a bachelor’s and master’s degree while struggling with being homeless and working several jobs? Meet Al.

Al’s grandma knew he had something special inside of him and needed more in life then what a small town in Georgia could offer. She saw his drive and budding curiosity growing daily. Al had been living with his grandma as his mom had him at just 14 years old and could not provide for him as well. When Al turned 14, his grandma decided to send him out west to Puyallup to live with his great uncle. However, Puyallup was not exactly a culturally diverse place back then and Al did not have a healthy support system or mentor to emulate so he learned to stake his claim through fighting in the neighborhood and at school.

After Al graduated from high school he moved to Spokane but he had no plan or visible blue print to follow. “I was hanging out with the wrong people and really didn’t have anything I was passionate about or something to work towards,” Al shared. With a lack of purpose and little positive guidance or direction coming from his surroundings, Al learned through trial and error and made many bad decisions. He was spinning his wheels and getting into trouble instead of looking towards the future.

He moved back to Georgia and then to North Carolina to live with a sister but trouble always followed. At 24, he hit the wall.  He decided that the best place to start over was where he was currently at – he needed to make a positive change in his life.

Al had played football in college before he dropped out and had a talent. He decided to go after his childhood dream and try out for his favorite team – the Dallas Cowboys. With his new goal, he stopped partying, went into intensive training to strengthen his mind and body and lost 40 pounds, and he really practiced self-discipline. When he felt he was ready, Al went to the Cowboys training camp and tried for his dream. Although he didn’t get his dream, he realized that he could learn from his disappointment. He had come this far and there was a paradigm shift in his approach to life now – he had learned to listen and realized it was a huge asset that could help him become unstoppable.

Because of his past brushes with the law and suspended driver’s license, Al found it hard to attain work that would support him. He had work at call centers and cleaning jobs but he decided to pursue an education and position himself for success despite his financial situation. Even though he had to experience being homeless, he perservered. Al couch surfed at friends or stayed in their garage to keep a roof over his head. He also  stayed in homeless shelters when necessary and even rented a tiny $200/month office to sleep at in order to avoid being homeless on the street. Sleeping the street was dangerous and rough. Al stayed in school and pursued his education dream during his struggles with housing. He worked many jobs around his school program and started leading a life with purpose.

At Clover Park Tech, Al received an Associates of Technology in Human Services degree and then he enrolled at Evergreen College where some of his credits were accepted and he earned a BA in Liberal Arts. A friend told him about Pioneer Human Services giving people a chance for change and he was eventually hired at Pioneer's Community Reentry Skills Center (CRSC) as a resident monitor, a residential reentry program for young adults between the ages of 18-20 in Tacoma. This position has worked perfectly with his plan as he had decided to pursue his masters in Leadership for Nonprofits and he now works at night and attends class in the day. At his work, he is able to be a mentor, counselor and surrogate father for many of the youth as they transition from detention to living back in the community.

“I have come full circle. Now I am in the position to help a young man define a purpose in his life and develop a set of goals to reach. I am doing time with all of them and have the opportunity to guide them to move forward in a positive direction despite their past,” said Al.

When he started working at CRSC, he shared privately with the director that he was really struggling with his housing situation and didn’t want to have to stay in shelters again. Al was connected to Pioneer’s Tacoma housing and he moved into the Rialto, a transitional housing program. “In the Rialto I have a beautiful apartment – my very own. Pioneer also set me up with the furniture I received from the NW Furniture Bank and it really looks great. After so many years of being homeless I still have nightmares and sometimes sleep on my sofa instead of in my bedroom, but I figure it will take time to shed the memories of struggling to find a safe and clean place to stay at night.”

In January 2019, Al will graduate with a master’s degree – despite being homeless and working many jobs around his school schedule on his journey. “I wish my grandma was alive to see me graduate. She pushed me back at the age of 14 and told me I had the drive to make something of myself. So here I am years later, pursuing the education she never got, working for the city and for Pioneer, and living in a downtown Tacoma apartment of my own. She may not be with me now but I can see her smiling."