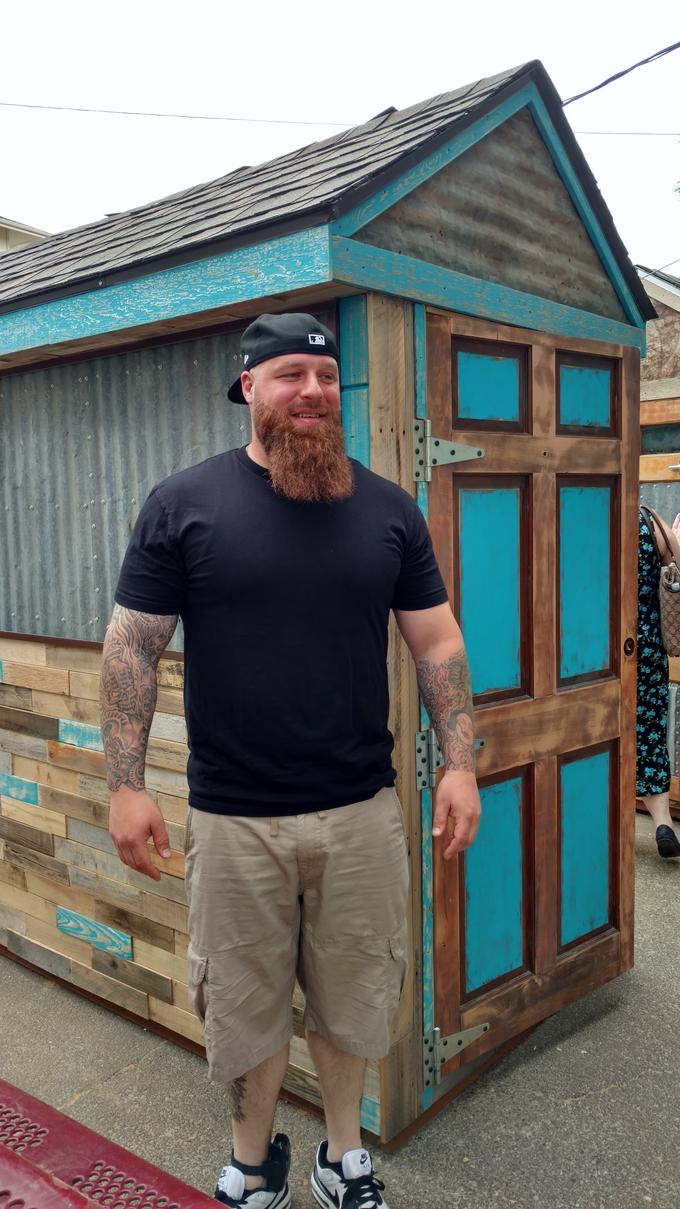 Pioneer’s residential reentry centers serve as a bridge from incarceration to life in the community. The centers assist formerly incarcerated individuals with a successful transition through an array of services focused on finding and retaining employment, reconnecting with families, overcoming a substance use disorder and other issues, and becoming productive members of society.

Frisco and Cody were encouraged by their Pioneer case manager and treatment counselor at the Spokane Residential Reentry Center (SRRC) to apply for a construction apprenticeship. Staff at SRRC had heard about the six-week Headstart to the Construction Trades (HTC) apprenticeship program that is free and available to residents through the Inland NW Associated General Contractors in collaboration with the Spokane Community Housing & Human Services. The HTC instruction is comprised of classroom and hands-on training at building job sites covering topics from material handling to construction math. The students also receive 10 OSHA approved certifications that round out their education and help them secure employment with various contractors.

After being accepted into the apprenticeship, Frisco and Cody committed to making a change in their life and worked hard in the program. They also both held jobs during the apprenticeship. One of the projects in the training program included building sheds created from reclaimed wood pallets and old corrugated roofing materials. Three sheds were made and sold, and the revenue was given back to the community. One shed will actually be utilized by a Spokane community center.

“Frisco experienced a dramatic enlightenment from the apprenticeship program. His entire outlook on life improved and he felt like there was a light he could now see at the end of the tunnel,” said Kathleen Singleton-Apel, SRRC case manager.

Frisco shared, “Aside from learning trade skills, I found myself having a complete mindset shift. I really started to enjoy the morning motivational videos and focus meditation before we started our day.” He added, “I really got into the process of molding something from nothing, and being a part of creating good in the community. The sky is the limit when I look to the future now.”

Rikki Montague, chemical dependency practitioner at SRRC has been working with both of these men on their recovery and expressed how the apprenticeship program improved their attitude and self-confidence. “When I asked Cody how he felt about the program, the services at SRRC and the opportunity to enroll in the HTC apprenticeship to gain the experience for good work he gave me a big smile. Cody expressed his deep gratitude and optimism from his experience.”

Cody stated, “I’m going to bust my behind! This is the best opportunity I’ve ever had and I am very excited.”

At their graduation in Spokane, Superior Court  Judge Shelley Szambelan, District Court Judge Richard Leland, County Commissioner Mary Kuney, City Council President Ben Stuckart, and business and contracting folks were present to celebrate with the graduates and support the program. In addition, Spokane’s Sheriff Ozzie Knezovich attended and spoke to the audience on how the community needs to wrap themselves around these graduates and help them succeed.

Frisco is currently working with employment specialists on landing a construction job and has been released from SRRC. Cody will be serving a few more months in SRRC, but he was already hired in a temporary position for the City of Spokane with good benefits and feels he has a foot in the door.

Everyone at Pioneer applauds both Cody and Frisco’s efforts and will continue to work with community partners to help ensure their success.