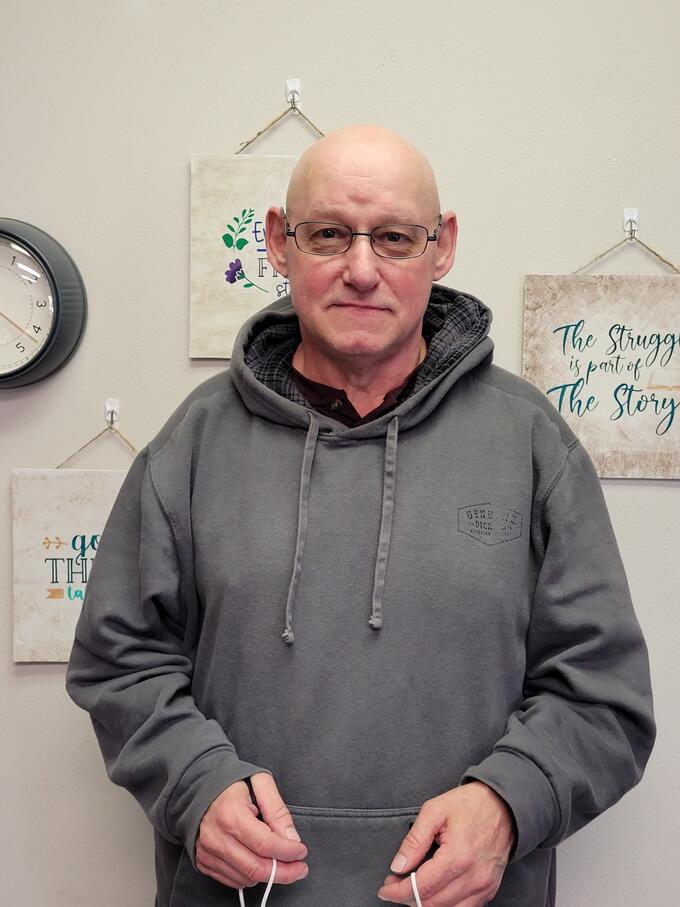 Our Roadmap to Success job-readiness training program in Spokane shared a story on a recent student that had spent 22 years in prison and was at a loss at how to search for employment and use all the new technology in the current age.

Individuals with conviction histories, who are trying to successfully transition back into their communities in Washington state, can be referred by their case manager, therapist, corrections officer or self-refer for the application process. After graduation, students work with employment specialists to find full-time employment with one of the many employers, or they are referred to vocational or pre-apprenticeship/apprenticeship programs offered through partner agencies.

Steven was released from serving 22 years in state prison in August 2021. The entire world had changed drastically during his incarceration and Steven felt a little like he had just been dropped off on another planet.

Darin Christensen, our Workforce Development program manager in Spokane shared, “Just think about it! Steven had been secluded from society for 22 years and in his absence cell phones, laptops, the internet and social media all became commonplace in our society. Steven had never even held a cell phone or used a laptop so everything was very overwhelming for him. In his day, you found jobs in the newspaper and knocked on doors.”

After two weeks from being released from the Geiger Corrections Center, Steven was not adapting well and had accepted the possibility of being sent back to prison. He was familiar with the prison environment after being institutionalized all those years and was uncomfortable being back in the community as he felt very alienated and out of place.

Steven was referred into the Roadmap to Success class by his probation officer and the staff immediately started working with him. Staff supported Steven’s needs and helped him conquer his fears to become better acclimated in this new world. Darin Christensen said, “We worked with him on getting comfortable with a cell phone, computer and the internet. It was an uphill battle but staff were there to guide Steven every step of the way and he slowly gained confidence with the technology and job search process.”

Darin Christensen added, “It was very exciting to witness Steven break through the barriers that individuals who have been incarcerated for years face and watch him get comfortable with his new-found autonomy.”

Steven graduated from the Roadmap program and was fully equipped with a resume and the communications skills to interview for jobs. Staff also worked with Steven on how to talk about his past and discuss his hopes for the future with employers.

He was recently hired at a materials plant and was thrilled with the potential in his new place of employment. He expressed his gratitude to Pioneer and the Roadmap to Success staff by making a monthly donation to Pioneer for all the guidance he received. His wish is that Pioneer will continue to assist others like him and not let people give up when things seem hopeless.

All of us at Pioneer Human Services are grateful for Steven’s generosity and wish him much success and happiness with his new life in the community.