A Helping Hand After Incarceration 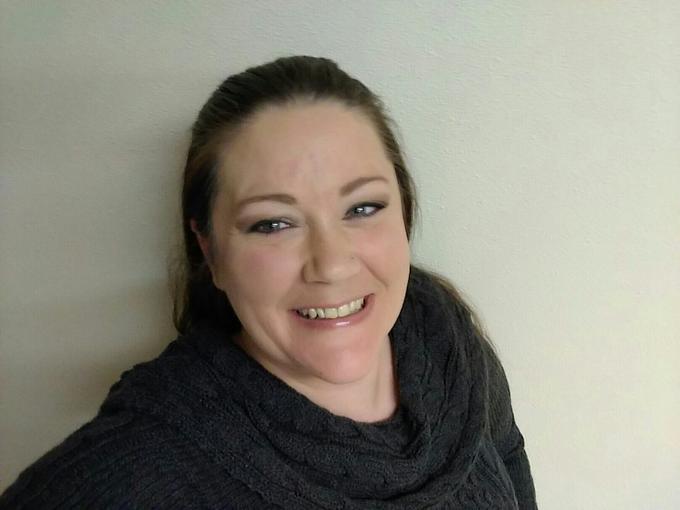 “I have taken many classes on resumes and interviewing before, but Pioneer’s Roadmap to Success workshops showed me a new way of highlighting my experience and skills. The classes also showed me a better way to communicate to be more desired as a candidate for the job, while the interview portion of the class really helped me understand what to say when an employer asked me about my former convictions. This program gave me the confidence and motivation I needed to believe in myself. I came to realize that my past does not control my future and there is hope. I CAN achieve my goals.”  Jamie Lee

When Jamie Lee was 11 years old, her dad went to prison and Jamie, along with her brother and sister, were put into foster care. After almost two years she finally was released into her mother’s custody and from there lived with her mom and grandparents. “I had my first child at 15 years old and graduated high school at 18 years old with a toddler,” Jamie Lee said. By the time she was 21, she had three children and a lot of responsibility. When her grandma and grandpa died one year apart from each other it was quite a blow for Jamie Lee. “I never really dealt with their deaths because I did not know how; I just kept myself busy working and taking care of my kids. Then a few years later my mom moved away and I felt like she abandoned me,” Jamie Lee said.

An Introduction to Drugs

Time passed and Jamie Lee met a man who would become her husband. He was also the person that introduced her to methamphetamine. At almost 28 years old, the drug gave Jamie Lee a way to escape the pain of loss over her grandparents and mom, and for the very first time in her life, she did not think of the hurt that she was use to experiencing in her past. “A few months later I ended up losing custody of my oldest son to his biological dad because I could not deal with him, but I see now that I chose drugs over my son.

She managed to get clean when her husband was arrested and went to prison, but her sobriety was short lived after he was released and moved back in the home. Both Jamie Lee and her husband relapsed and it had negative effects on their marriage and her performance at work. Soon after, she lost her job.

Due to no work and hardship, Jamie, her husband and two remaining children had to move into her dad’s home. Unfortunately, after one fierce argument, her father kicked Jaime Lee and her husband out – but kept her two younger children. For the first time, she was homeless. While living on the street and with friends, her husband left her for another woman and she lost her will to press on – she was devastated.

Her husband was then arrested and eventually ended up in prison again. Jamie Lee shared, “I kept getting high; it was my only way of not dealing with my feelings. In 2013, after moving back to my dad’s home, his house was robbed and he blamed my son and me, and then kicked me out again! I still did not have a job so I started dealing drugs to support my own habit and was living in and out of motels.

She then received a slew of new charges including assault and was arrested by the Drug Enforcement Agency. Jamie Lee said, “I got so used to having money and anything I wanted, and even though I wanted out, I did not know how to get out because I owed money and people relied on me. But having my children see me handcuffed was a real eye opener.”

While in a Yakima County Jail, Jamie Lee entered the women's faith unit. The chaplains, teachers, and other women in the unit helped her renew her faith in God and to pray again. She was able to start her healing process while waiting for her sentencing. Jamie Lee was sentenced to 42 months in federal prison and sent to the Federal Correctional Institution in Dublin, California. This is when she enrolled in the Residential Drug Abuse Program (RDAP) in prison and completed the treatment program. This was the first time she ever admitted that she was an addict and really felt like she was making progress.

With six months left on her sentence, she came to Pioneer’s Spokane Residential Reentry Center (SRRC) to serve out her time and prepare for her life back in the community. “When I first arrived, I was more nervous than I have ever been because I have never been to Spokane before and plus I was starting a new program and did not know anyone,” Jamie Lee said.

Since coming to SRRC in 2018, the case managers and staff that Jamie Lee encountered have worked with her and she shared they have been extremely helpful to her and supportive of her success - and that is helping her move on. She completed the Roadmap to Success workshops where she updated her resume, learned interviewing techniques and built up a reference list.

Jamie Lee also started looking for work. With her new resume and interviewing skills she learned, she ventured out and her first interview was with MOD Pizza. She thought the interview didn’t go so well, but when she called a week later she was given a second interview with them. She also had several other businesses call to interview her for employment, regardless of her felonies. However, the next afternoon MOD called to tell her they wanted to give her the job!

“I enjoy my work for the first time in a long time, I look forward to going to work and MOD Pizza has really helped me regain my confidence in my work ethic. I have also learned since coming to SRRC that I just need to “trust my journey” and I can and will achieve whatever I set my mind to. I’m so proud to say that coming up this December 2018 I will have two years of being clean and sober from drugs! It’s been a long journey but I look forward to the future.”