Once a Substance Use Disorder Client - Now a Treatment Specialist 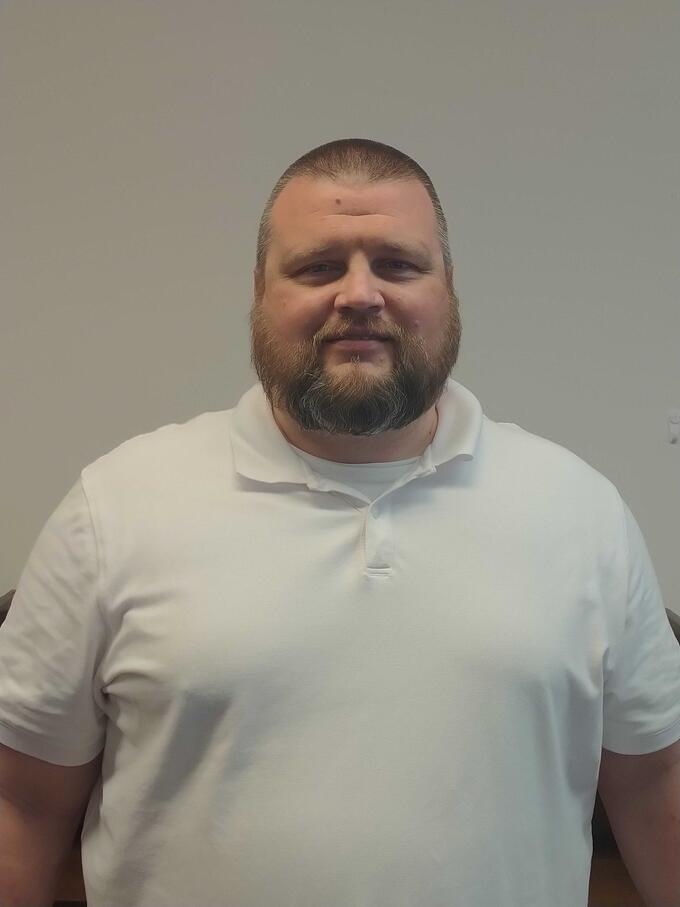 Aric Withrow is a residential treatment specialist lead (RTSL) on the graveyard shift at Pioneer Center North (PCN) in Sedro-Woolley. He shared his journey that led him to PCN for treatment and coming full-circle to work there after he graduated from the program.

Growing Up
“I grew up in Bellevue and was almost a straight-A student in high school. I also played all sports, but football was my love. My life was pretty normal and structured as I lived with my dad, who was a single father,” Aric shared. “I always wanted to be a teacher or a coach and after I graduated from high school, I received a scholarship to Eastern Washington University to play football. That was my ticket and I took it,” he added.

Once at college, Aric studied hard and played football, but he had some injuries catch up with him and the trainers and coaches back then gave him OxyContin (Oxy). It was considered an effective pain reliever and when the medication first came out, it stated it was not addictive. Aric said, “I fell instantly in love with Oxy back in college and that was it for me.”

As Aric continued to take Oxy for his pain, he found himself wanting more and not caring about the other side of his life including his studies and football. He ended up giving up his football dream and stopped going to class. His scholarship was pulled, kick-starting his fall into severe addiction.

Addiction and Incarceration
A new life began for Aric where he was on the hunt for more Oxy and was introduced to the business of delivering large quantities of narcotics and marijuana to other states, while supporting and satisfying his own addiction. Aric was 24 years old when his illegal activities finally caught up with him. He was arrested and sentenced to federal prison for 54 months. It was Aric’s first brush with the law and criminal offense, and he was released after serving 27 months in prison with a seven-year probation.

Upon his release, he secured a place to live with his mother, found employment with a picture framing shop that a friend's family owned, and after a year and a half he found higher paying work with a door/trim/molding company. Aric is a hard worker and proved himself on the job. He continued to thrive in his work, moved out of his mother’s house and got an apartment.

Aric ran into an old girlfriend and started dating her again. But the claws of Oxy started in again and he slipped back into heavy addiction. It was around this time his drug issue escalated into harder drugs when OxyContin street sales dried up – it was now a known opioid narcotic and the channels had closed.

A Different Opioid
“It seemed that one day there was no more Oxy to be found through all my connections, but I was extremely addicted. A friend had another known opioid - heroin - and overnight we traded our addiction from Oxy pills to smoking heroin,” Aric said.

Aric was now living with his girlfriend and knew he needed to get clean for himself and his girlfriend who had found a used foil in the house from smoking heroin. His boss gave him the time-off to go into rehab at a residential treatment center and recover. He would stay clean for over five months, but then he ran into an old acquaintance and took his number. “I should not have taken his number because he was also a drug user and his number was burning a hole in my pocket. I eventually relapsed with him,” Aric said.

“After the second time in rehab, I tried hard to stay clean as I now had a son. But after repeated relapses I wanted to stay in the same residential treatment program even longer, so on my third trip to rehab, I was placed in their “long-term” program. But after living in the treatment center for over  five months, recovery was not sticking. I ended up leaving the program early, going home and packing up whatever I could fit in my vehicle, and I left the family home for good.” stated Aric.

Unemployed and Homeless
While Aric was living in his car, he still had the same job because his boss knew Aric was a great worker. However, there came a day when his sources did not have heroin in the form to smoke. They only had a liquid form and Aric was desperate so he did his first shot of heroin. From that point on he started shooting heroin and became an IV user instantly.

Aric was still employed at this point, but his boss called him in the office after a few weeks and told him he could not employ him in that condition. After three times in rehab and still using, his boss just couldn’t take it anymore. Aric was now homeless and unemployed. He was also a severe heroin addict and resorted to petty theft and other illegal actions to support his habit. Over the next three years he lived in and out of motels and his car, and with his health failing, his desperation was out of control.

Quit or Die
Aric’s advanced IV use led him to several overdoses and ruined the veins in his upper-body, so he had to shoot in his lower legs, which led to him contracting cellulitis, a bacterial infection. Aric said, “After three emergency room visits, the doctors and nurses had a talk with me, letting me know each time it was getting worse and it was spreading – the next stop was the morgue for me. I was so tired of being addicted and wanted a new existence.”

Pioneer Center North (PCN) Treatment
After going through detox, Aric was sent to a different treatment center, PCN, a residential program that provides treatment for individuals with substance use disorders and chronic behavioral health issues and support services. “Something had changed for me - call it a higher power, God, inner voice or whatever you like, but I knew I would never have the energy or the desire to go through detox or treatment again, so this was it for me. Life or death!” Aric shared. "

Eric shared, “A big part of my success was having Stacey as my counselor at PCN and the team of men that went through the program with me. Stacey was like a life coach, surrogate mom and friend, and she gave me assignments that ensured I was engaging with the program so things were really sinking in. My fellow residents in the program built a strong comradery with each other and we shared experiences, laughed, cried, read and even played some outdoor games together – I was at the right place at the right time.”

Stacey Rohweder, PCN Substance Use Disorder PT, shared, “Aric was definitely one of my favorite clients! He was great in all of the treatment program classes with his questions and input, and he engaged as a “Big Brother” to others during his time at PCN.”

After graduating from PCN Aric moved into a clean and sober Oxford House in Seattle. Stacey checked up on him and planted a seed regarding Aric thinking about working at PCN in the future when he was ready. Eventually, Aric took it upon himself to find an Oxford House near PCN and he moved in. He applied at PCN and was hired as a part-time residential treatment specialist and after several months was promoted to a lead role shift.

Future Plans
Aric is now planning to go back to college to get his degree in counseling as Pioneer provides full-time employees with tuition assistance. This will fulfill his high school dream of becoming a coach or teacher. He is also active in his Oxford House engaging with other residents, as well as still participating via Zoom with his first support group and sponsor that he got involved with years ago in Federal Way. One thing Aric is still working on is building the trust back of his ex-girlfriend so he can visit his son. He is committed to continuing to reach out and to building that bridge.

Stacey shared, “I am so grateful that I have had the opportunity to be a part of his recovery now that he works for the same company. It is a special blessing when so often we hear of relapses and even death. Aric has paid his fines, got his driver’s license back and just bought a car! I am so very proud of him.”