Building a New Life through Hard Work and Support 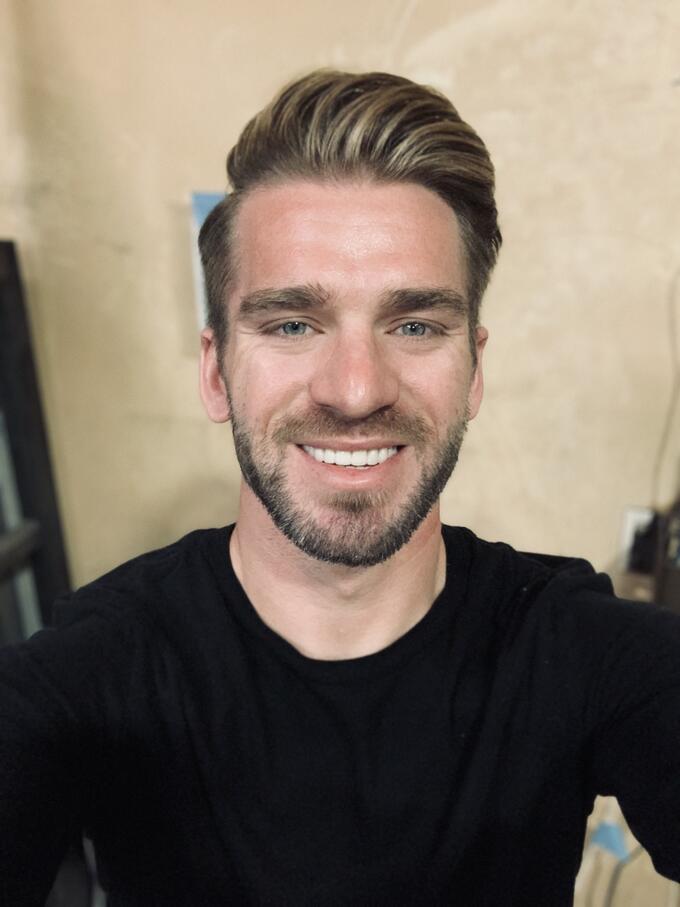 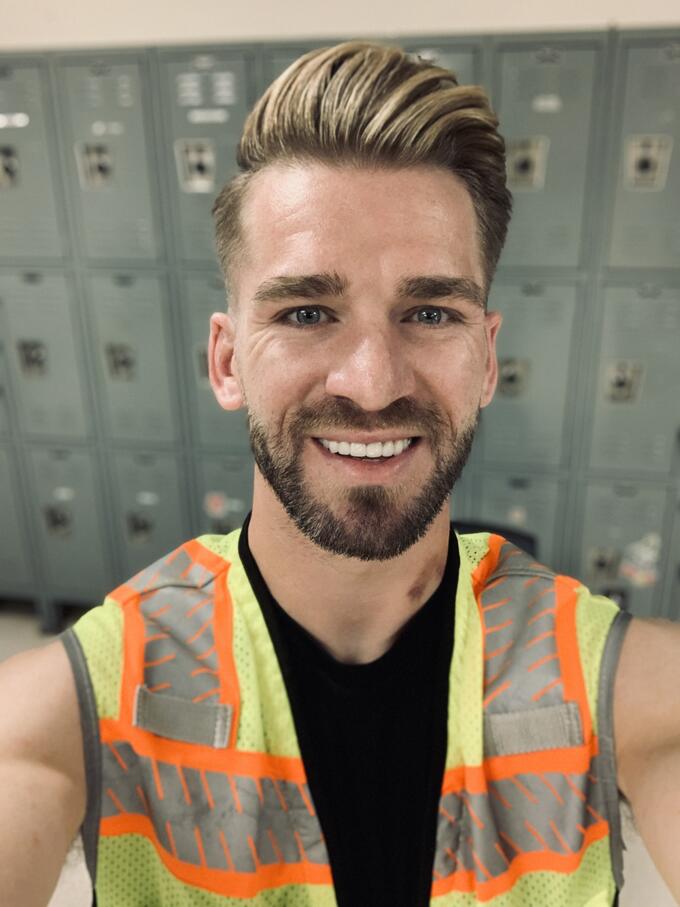 Michael shared that his recovery journey led him to getting employed full time in aerospace shipping at Pioneer Industries and enabled him to have his own apartment and car. It also involved hard work and building a support system of people who cared about him. Despite a harrowing childhood that included abuse and betrayal, and ended in a downward cycle of drug addiction and arrests, Michael grabbed on to the opportunity to build a successful life that he wanted and deserved.

"I still have so much to learn and a lot of growing to do, but I’m very excited and I’m working very hard to get better every day. I can’t regret the life I lived because it made me the person I am today. My journey has also brought in the most important people in my life today that are like family to me, always supporting and guiding me through this life that I can truly say I now love living!"  Michael
-------------------------------------------
“What is success? Success is the accomplishment of an aim or purpose.

Tough Childhood
I grew up in Idaho, in what you would call a broken home. I don’t know who my real dad is and I know zero about him besides that his name is Ray. I tried to find out who he was but my mom would never share with me what I needed to find him.  After many years, I just moved forward with my life, never finding him or more information about him.

My step dad and mom were alcoholics. They would drink every single night and it seemed like they went to jail practically every other weekend. Family life was rough and I was placed  in and out of foster care from the time I was around six years old, until the last time when I was 15. During that time, when I was home, I was often physically abused by my step dad. On a few occasions he choked me to the point of being unconscious, even with my friends present. I did not have a safe home.

Trouble at Home and in Foster Care
In foster care, the families I went to only seemed to care about the money they were receiving, so I was just a price tag to them. I hate to say it, but I was one of the kids that did not have much of a chance in life and the worst part about it was that my parents were creating that scenario. No matter what happened, my mom chose my step dad over us kids every time and we felt the outcomes. The last time I went to foster care was because my step dad beat me pretty bad and he abused my sisters. I couldn’t hide the bruises, so he admitted to physically beating me, but he denied the charges that he had ever harmed my sisters. My mom always took his side and believed him, and she accused my sisters of lying.

There was a “No Contact” order that was placed against my step dad until we were all 18. However, my mom still wanted my step dad in her life. She rented an apartment for us kids and herself, but would then leave us to go stay with my step dad. That’s the time when I started drinking and smoking weed as it was the fastest way to numb the life I was living. It was almost impossible for me to absorb the chaos and denial going on in my immediate family, so I just started partying all the time and hanging with the fast crowd who were the popular kids at the time. What I did not realize was that I was falling deeper into a hole that eventually I wouldn’t be able to get out of.

Addiction
I barely graduated from high school.  After I graduated, my older sisters introduced me to meth for the first time and that was it - I was hooked. It was a time that I also learned how to smoke pills and for me this was a great life. I could be high all the time, feeling numb and having what I thought was fun. This gave me an option where I did not have to live in the reality of my family situation that I found so disgusting.

One day, I had the chance to come to Seattle and I took it, but I fell in with the wrong crowd and found myself shooting up heroin for the first time. Now the downward spiral really began. I started breaking the law every day to support my habit and make sure I could stay high. The drugs consumed me and at the time, I loved it because I was numb and didn’t have be an adult in life.

In 2014. I received a message from my sister that my dad had tried to kill my mom and was going to prison. My mom divorced him and tried to build back a relationship with me but the damage was already done. The drugs had taken over my life.

From 2012 until 2017, I was the worst of the worst drug addicts with criminal behavior. All I cared about was getting my next fix and that led to me being in and out of jail 17 times. In my last arrest, I was charged with four felonies. I had been in trouble before, but nothing like this had hit me.

Drug Court and Treatment
Fortunately, I was offered the opportunity to get into the King County Adult Drug Diversion Court and have the chance to have my felonies dismissed. However, the first day I got out of jail I went right back on the run and didn’t even think twice. The day I got picked up on my felony warrants, I cried because I was so tired of the street life. People that cared about me were happy when I called them from jail because it meant I was still alive. Some of them thought that at some point they wouldn’t get a call because it was obvious that if I didn’t stop using soon, drugs were going to take my life.

Since I was in Drug Court, I was referred into the Transitional Recovery Program (TRP) in jail at the Maleng Regional Justice Center in Kent operated by Pioneer Human Services and then I was sent to work release. I worked my way up to having my own room in the Drug Court program in Pioneer Human Services’ housing. The first year of Drug Court was a real struggle for me. I was clean because I was on the methadone program, but mentally I wasn’t ready to follow the rules. It took some time but I finally buckled down and went through Pioneer’s Roadmap to Success job-readiness training program. After I graduated, I got into the Manufacturing Academy Pioneer offered and learned the basics. From there, Pioneer hired me and I got my first job on July 6, 2017 at Pioneer Industries (PI) aerospace manufacturing.

A Stable Career
Getting employed was a turning point in my life, but at the same time I still struggled because it was always all about me. It took me almost getting fired before I recognized my behavior problem. That was one of the first times I met Felicia Bowen, general manager at PI. She would talk with me and set a daily example. Something in me woke up and said, "you need to get your life together" and so I did.

I can attribute my success to my commitment to making  positive changes in my life and building a supportive set of people around me. I went from working at PI’s Plant 2 and learning the ropes to working at Plant 1. This is where my success really started. I started talking to Felicia on a daily basis. We would share life stories and she took the time to show me the ropes and share how to succeed in my job. I can say I wouldn’t be the best “me” today if it wasn’t for her. Once I got my job down, I thrived not only at work but in Drug Court.

I also met Mark Behrends, the VP of Pioneer Enterprises, in this process because I would literally say, “Hi” to everyone on the manufacturing floor or anyone I saw really, and I would ask how they were doing. I was finally starting to see the real me. I made a promise to Mark and Felicia that I would engage in and graduate from Drug Court and I did. Mark came to my graduation along with my boss, Michael Barber, PI inventory control manager, who is also a very important person in my life today. He is another reason I am the best “me” today.

Experiencing Family Life
On Thanksgiving weekend I had nowhere to go, but Mark Behrends invited me to join his family and that was the biggest turning point of my life. I had never experienced what a real family was like until I met his family and experienced their home life. They made me feel welcome, and for the first time in my life I felt that I wanted and deserved to have a real family.

The Journey
I have stayed working at PI and remained clean and sober for five years now. Today I am 30 years old, I have my own car, an apartment, family, friends, a great job and a life that I never though could exist for me. I’m also very proud to share that I am not on methadone or any crutch to keep me sober. I’m sober on my own and I never thought I could do that! Consistency is so important to me and I have been more consistent this last five years then I was the first 19 years of my life.

I still have so much to learn and a lot of growing to do, but I’m very excited and I’m working very hard to get better every day. I can’t regret the life I lived because it made me the person I am today. My journey has also brought in the most important people in my life today that are like family to me, always supporting and guiding me through this life that I can truly say I now love living!

Success is not given and it is not just earned by some of us. You have to be willing to really work and  struggle for it. Sometimes it hurts and on your journey you hit rock bottom 100 times, but never stop believing even when you feel like your hopes are hopeless. To say that something is impossible is not true and I’m here today to prove it as I managed to overcome overwhelming odds. I want to thank Mark Behrends and his family, Felicia Bowen, Michael Barber and everyone else who never stopped believing in me! I truly couldn’t do it without you!”